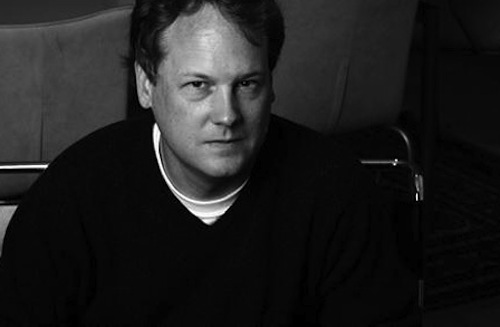 Food writer Jeff Gordinier—it’s not his fault; everyone looks like a douche on PoetryFoundation.

A couple weeks ago, my friend and editor Erika Fredrickson wrote this article for the Missoula Independent about Georgia Pellegrini’s “Girl Hunter” weekends. In addition to letting me use the word “rimjob” in music reviews, Erika is very nice, so I was disappointed to hear that New York Times food writer Jeff Gordinier tried to big-time her when he showed up to cover Girl Hunter, too. Gordinier believed he had an exclusive, and he appears to have strong-armed Pellegrini’s publicist into excluding Erika from the falconry and pheasant hunting portions of the weekend. You can read about the whole sordid affair on Jim Romenesko’s media blog, along with Gordinier’s explanation, which is the subject of today’s Close Reading.

First of all, if another reporter shows up at your exclusive, you should take it up with the publicist, not the reporter. There are no dibs in journalism, except insofar as they are offered by flacks for their own reasons. Second, an independent weekly from Missoula and T magazine, for whom Gordinier was writing, serve such different markets as to make the idea of an exclusive kind of laughable. But Gordinier’s email to Romenesko suggests that the exclusive was more important to him personally than professionally. Quote:

I thought I had an exclusive & I felt a bit duped and disappointed when another reporter showed up, as any professional would be. I dive very deeply into my reporting; it changes the dynamic to have another journalist present. Nevertheless I remained thoroughly polite (albeit at a distance) in my interactions with the competition.

Kombat! Kids take note: using an ampersand instead of the word “and” will lend your writing a sophisticated quality that is worth the time it takes to learn a counterintuitive typing affectation. Also, that sentence should end “as any professional would” or “would feel” to agree with “I felt a bit duped and disappointed.”

That sentence is not the only place in Gordinier’s email where agreement is conspicuously lacking. In his two-paragraph postscript, he “would just add” that Erika should not have believed Pellegrini’s publicist when she expressed support. He implies the publicist was lying, solely on the basis that she is a publicist, before going on to say that he wishes Erika had called him for his side of the story. “Fairness & accuracy = our job,” he writes. “It’s always better to ask than to assume.” The irony appears to be lost.

These points are subordinate to Gordinier’s main message, though, which is that he is sorry to see another person behave badly, but he can handle it. Quote:

I am sad to see that the Missoula reporter’s thing was to be petty and take the low road, but so it goes. I wish her the best. I did what I do: I wound up writing what I think is an engrossing, entertaining, accurate piece about the Girl Hunter weekend itself.

Hello again to our old friend, the posture of long-suffering humility. It’s too bad that another person’s “thing” is to be petty, but “so it goes.” As when he describes his own vexation as “understandable and slightly world-weary,” Gordinier assumes a critical distance from events that happens to coincide completely with his own narcissism. What other people do is mess with Jeff Gordinier for no reason, and what he does is write an “engrossing, entertaining, accurate piece about the Girl Hunter weekend itself.”

Every writer finds his own work engrossing, so we can’t really fault Gordinier for that assessment of his as-yet unpublished piece. Presumably, he also worries that his work is boring and crappy, also like every other writer. The trick is not to say these things out loud.

I would describe the overall posture of his email as measured and objective, but Gordinier consistently undercuts that tone in both diction and content. He can’t resist guiding our interpretation, as when he describes his conversation with his editor at T by writing, “she sagely just said essentially, ‘You do your thing, and let them do their thing.'”

In that pile-up of adverbs, as in the rest of his email, Gordinier’s conceit pokes through the veneer of disinterest. He seems hurt that he’s being held up to the internet as a jerk, as anyone would be. He’s right that his vexation is understandable.*

His email does not help his case, though. He wrote an apology in the second sense of the word, when probably he should have gone for the first.