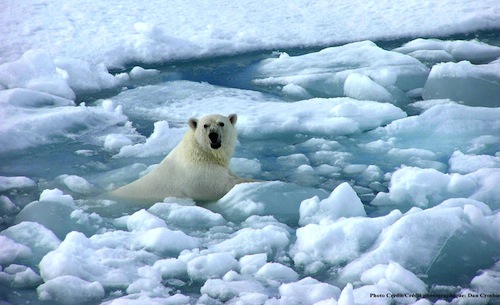 Here’s a fun thought experiment: say you had conclusive evidence that A) man-made climate change would render the planet unlivable in 50 years and B) this process could be reversed by an immediate reduction in carbon emissions. Everyone has access to this evidence, but let us say that a combination of factors—popular ignorance of science, resistance from industry, sheer denial—leads people to do nothing. Some people try to make laws about burning coal and oil and gasoline, but other people stop them. Everybody keeps driving and cooking plastic bags on the stove and whatever, even though this behavior will kill the human race in two generations. Now for the sixty-dollar question: in this situation, when the will of the people was sure to wreck everything, would you still support democracy? Before you answer, read this editorial about the Rio+20 summit in Brazil and how little has changed since the last one.

Actually, that’s kind of misleading. A lot has changed since the Earth Summit in 1992; for example, carbon emissions have increased 50%. There has also been significant growth in the use of solar and wind energy, although that growth has been outpaced by rising use of fossil fuels. The big change, however, is that we have 20 years of science telling us that climate change is real. That, too, has been offset. Although the percentage of Americans who believe Earth is warming has increased in the last two years, it is still lower than it was in 2008. As scientists become more convinced we have a crisis on our hands, the public believes it less.

According to the survey, “A key factor influencing Americans’ views about global warming is their personal observations about the weather and temperature changes.” The storms and mild winters of the past couple years seems to have convinced a lot of people, and those who remain skeptical are typically those who have not noticed any weather changes where they live. People are dumb. They trust their memories of what summer was like when they were kids more than, say, peer-reviewed studies conducted by professional scientists. The average person will freely admit that he knows nothing about albedo or statistical modeling, but he has a strong opinion about whether global warming is happening. It is based on a feeling he has.

Herein lies a classic problem of democracy. Fans like myself regard democracy as an ethical imperative; is is maybe the only ethically sound system of government yet invented. Yet the massive ethical safeguard that is consent of the governed—what a government of the people does is done by the people, so if they cock up it’s not your fault—is also an abdication of responsibility. Yes, it is moral to let people do what they want. But is it moral to let them wreck themselves?

Consider the reducto ad absurdum that is children. Children are allowed to do what they want in certain cases, but they are also regularly overruled to prevent death or vomiting. It is not moral to respect your child’s refusal to brush his teeth. This analogy is simplified by the clear difference between children and adults. One party knows better than the other, and adults therefore incur the responsibility to deny children their wishes for their own good.

That relationship of superior wisdom does not exist in a democracy. Certain people are definitely smarter than others, but no decent society could legislate the distinctions. Yet, if you gathered a thousand of your peers to vote on how they would live together, and then they emailed you to say “we voted to put our dicks in electrical sockets,” you would not be moral to let them do it. Democracy is an ethical system because it expresses the will of the people. That will is thwarted if everybody dies.

The argument above should be familiar to tyrants. Pretty much every predatory government since Alexander has invoked some existential threat to justify itself. It is worth remembering that human beings are always in danger of being wiped off the face of the Earth, if only for our penchant to quit work early. Maybe global warming is the big tragedy of the commons that finally gets us. Maybe, as a lot of people who aren’t scientists suggest, it is not a big deal.

The thought experiment remains, though, and the question it poses is discomfiting. Democracy screws up. Free people vote themselves slavery and guillotines unsustainable tax cuts all the time. To paraphrase Burke, all that it takes for idiocy to triumph is for good people to do nothing. But what can we do and remain good?