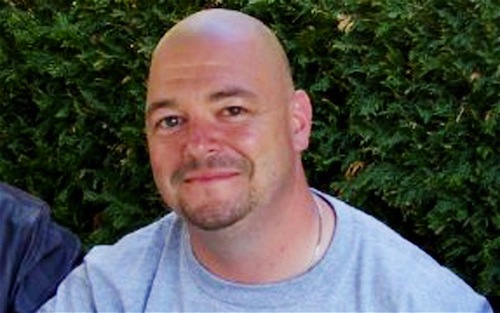 Lots of facts have changed since we last talked about hitchhiker/shooting victim Ray Dolin. Dolin’s memoir is called “Kindness In America,” not “The Kindness of America.” The man accused of shooting him is named Lloyd Christopher Danielson, not Charles Lloyd Danielson. And Danielson is not accused of that anymore, because Ray Dolin has admitted to shooting himself. That’s good news for Danielson, although Roosevelt County is still keeping him in jail on a separate charge of driving while intoxicated. Danielson was drunk when they arrested him for a murder he didn’t commit, so that charge stands under Montana’s strict Screw You, We’re Cops statute.

The most important question, though—way more important, from a legal standpoint, than whether cops can arrest you for a murder that happened 100 miles away and then charge you for whatever they find in your car—is whether Dolin’s experience still counts as ironic. Back when we thought he had been shot for no reason while hitchhiking across America to write a book about kindness, his case seemed pretty clear-cut. Dolin’s actions brought about the opposite of what he intended, and that’s textbook*

dramatic irony, right there. The juxtaposition of “kindness” and arbitrary shooting overlays the patina of grim contradiction that people vaguely identify as irony, too—the “cosmic irony” that Wikipedia recognizes along with Alanis Morissette, and which probably doesn’t exist. This portion of the story is ironic the way you got up early to buy a copy of Diablo III, but ironically Best Buy was closed.

Since everything and nothing is ironic when you think enough about it, I’m going to stick to our working definition of dramatic irony and leave to one side “the notion that the gods are amusing themselves by toying with the minds of mortals with deliberate ironic intent.” That’s some Wikipedia shit. Here’s our question: now that we know Dolin shot himself—in the armpit, which wound you’d think might arouse suspicion—is this chain of events still ironic?

There is reason to say no. Where Dolin’s intention in getting shot was to publicize kindness (ironically thwarted,) his intention in shooting himself was to publicize himself (mission accomplished, dick.) Sure, he got caught, but every botched scheme cannot be irony. It seems that Dolin’s experience should therefore be downgraded from irony to stunt, but his reported behavior since his confession shows a glimmer of irony still. In interviews, Dolin continues to relate tales of kindness during his hitchhiking trip, and he insists that the real story in all this is “my appreciation for the community of Glasgow.” It doesn’t matter that he shot himself; what matters is that a stranger picked him up when he was bleeding on the side of the road. “I’ve proved my point that there’s more good in America than people think,” Dolin told the Billings Gazette.

To which the scrupulous reader must reply, well, sort of. Let us not forget that in creating an opportunity for strangers to show him kindness, Dolin told a lie that resulted in another stranger being wrongly arrested for felony assault. When pressed on this subject, Dolin “said in the interview that he was reluctant to comment because of the ongoing investigation and quickly changed the subject.” Here, then, is our dramatic irony. Dolin has an intention—to “prove…that there’s more good in America than people think”—and an outcome, which is that he is now an object lesson in how self-aggrandizing and immune to consideration for others Americans can be.

That he does not seem to realize how cynical his own actions in advocacy of kindness really are invokes that other, broader definition of dramatic irony, too. Here is the real Kindness of America: the inspirational belief that kindness is what other people do for you, and that what you do—make up a person who shot you, for example, and then stay silent for a while even after a real person has been arrested for your made-up backstory—is pretty much irrelevant. When you worry that the world is full of selfish jerks, just relax, open up and let other people do nice things for you. That’s the kindness of America.

That’s the irony of America, too. In the world’s oldest democracy, whose guiding concern has been to maximize individual liberty, we measure our kindness by what everyone else is doing. The best way to show Americans how kind Americans can be is to write a book about it—not, say, to devote our lives to actually doing kindness on others. Ours is a land where hitchhiking is better proof than giving someone else a ride, and pinning your self-inflicted gunshot wound on a drunk oil worker is a better foundation for your argument than helping him get to his job. Ironically, Kindness in America is kind of selfish.