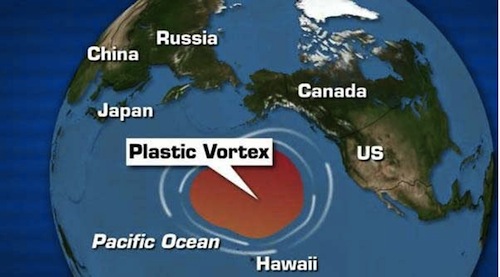 Ahoy, loyal readers of the once daily Combat! blog. It’s a beautiful afternoon in Los Angeles County, where the hours run away like horses over the hills. One wakes up late, one plans to fetch donuts, one considers one’s appearance and spends 75 minutes bathing and brushing for what turns out to be an irrationally angry Thai woman who seems to have seized control of the Winchell’s by sheer force of personality, one sits down to write Combat! blog and watches like half of The Prestige instead, and before one knows it it’s three-thirty. That makes it an average of five o’clock if you’re lucky enough to be reading this in America, which makes it Friday evening, which basically makes it the weekend. The weekend, as 140-185 of you know, is no time for reading Combat! blog, but for living. As such, we’re keeping our Friday links short and to the point, in the hopes that they will be read between croquet matches and whale-watching dinners over an active, meaningful weekend. Live all you can; it’s a mistake not to. Bereft of life—real, experiential life as it is lived by, I dunno, Alaskan wolf hunters probably—we have only culture, and culture, as this week(end)’s links indicate, totally sucks. Behold, a litany of the damned:

So-called “green” consumers, for spending their moral credit on non-environmental misbehavior. Canadian psychologists, speaking to us through the Delphic Andrew Sullivan, report that those who make a point of purchasing environmentally conscious products are statistically more likely to cheat and steal. Apparently, the sense of “purity” derived from ethical consumption can lead to guilt-free transgression in other areas. Julian Baggini opines that “The general truth lurking behind these findings is that the feeling of being pure is a moral contaminant.” Or that people who are likely to lie in lab situations are also likely to lie about their interest in green products in order to participate in a paid study.

All of us, for producing a post-industrial consumer economy that would eventually yield this commercial. The longer I think about Verizon’s new “Big Red” ad, the sadder I get. First of all, it gambles and wins on the assumption that we will all fondly remember a chewing gum commercial from 1985, which—based on the immediate pang of childlike excitement I got when I recognized it—is a part of our cultural DNA at least as significant as Pachabel’s Canon. Second of all, like the original Big Red commercial, its central theme is the tedium of modern existence—a theme that becomes even more chilling (third of all) when pressed into the service of a product that promises to let you check hockey scores on your cell phone while you’re in line for the movie. The Blackberry beats the shit out of a stick of gum, but the lyrics to the new Big Red song, fourth of all, keep reminding us that ennui yet abides in our technic wonderland. “Download stupid stuff much better!” the ad says, and for a moment we are conscious of ourselves watching a commercial on the internet that parodies a chewing gum commercial from television in order to acknowledge that yes, the internet basically doesn’t solve anything, but won’t you buy it from us anyway while you wait to die? Say goodbye a little longer. Make it last a little longer.

Mary Eberstadt, for taking PJ O’Rourke down another peg. As a child, I idolized PJ O’Rourke, who wrote about Senate elections and Kosovo with roughly the same tone he employed in essays like “How To Drive Fast On Drugs While Getting Your Wing Wang Squeezed and Not Spill Your Drink.” It was on the endorsement of that august soul that I read this excerpt from “The Loser Letters,” a satire of atheism by Eberstadt, whom O’Rourke likens to G.K. Chesterton. G.K. motherfucking Chesterton she ain’t. Having smashed the wall separating his faith from his reason, Eberstadt’s atheist attacks the distinction between humor and sarcasm, weaving an argument that is not so much funny as consistently facetious. Eberstadt reads as if she were gloating from heaven. If I want that, I’ll go to Henry James.

The Japanese, for putting our advertising culture in perspective. If I want to completely erase my understanding of causality, narrative and human emotion, on the other hand, I’ll watch this. I’ve seen it maybe a hundred times now, and I can tell you that once you become immune to the stylistic weirdness—once you answer for yourself, conclusively, that the dog dancing with the plats over his crotch is not supposed to be sexual—you begin to try to grasp the story, and a deeper weirdness emerges. I mean, he’s broken-hearted over the girl, that much is clear. Then the dog cheers him up, and he sees him as the girl—reminds him of the girl, I guess?—and that makes it possible to go back and be in love with her again. Right? Are we to understand, then, that she wan’t the problem? That this nine year-old boy was sad because he woke up one morning and just didn’t love her? That’s an extraordinarily nuanced idea for a snack commercial, and one that—if I am to understand that the product being sold resolved it—makes extraordinary claims for the quality of konsume-panji. If I’ve misinterpreted the commercial and it just makes my dog do a seductive dance for me, I’m still going to buy it.