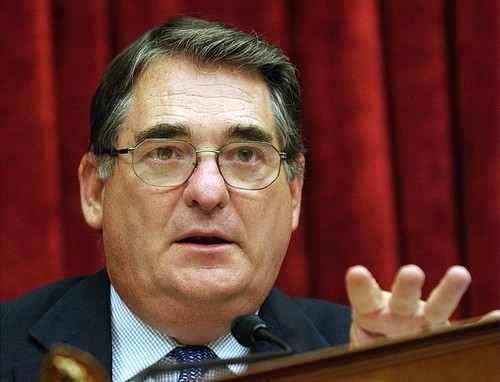 Since July, rumors have circulated that representatives of PhRMA—Pharmaceutical Research and Manufacturers of America, the drug industry’s trade group and lobbying machine—were meeting with President Obama to discuss potential pharmaceutical pricing regulations in health care reform. Back in 1994, when Clinton tried to overhaul the health care system, PhRMA was instrumental in blocking reform and funding a subsequent Republican resurgence in Congress that, among other services to the nation, forced the President to admit to getting a blowjob from a fat girl on television.* The drug industry is one of the largest sources of lobbying money in Congress, and their opposition to Medicare price negotiations has been vigorous and longstanding. During the 2008 campaign, Obama cited such negotiations, along with the importation of inexpensive prescription drugs from Canada, as a major objective of his reform plan. Now, however, a deal has been struck, Medicare negotiations are off the table, and PhRMA has invested $150 million in advertisements supporting the Baucus bill.

The terms of the agreement are fairly simple: PhRMA and the companies it represents pledge to offer a series of discounts and “givebacks” designed to lower the nation’s spending on prescription drugs by $80 billion over the next ten years. In exchange, the White House and Senator Baucus agree not to pursue Medicare negotiation in the future, nor a host of other aggressive moves to bring down the price of antibiotics and polio vaccines. Oh—and PhRMA runs a million-and-a-half dollars worth of political advertisements, primarily in the districts of freshman congressmen and other politically vulnerable Democrats.

The $80 billion gambit looked like the dirty part until that last bit, didn’t it?** It was an ugly legislative deal that maybe violated one of the President’s campaign promises, right up until it became an ugly political deal that maybe violated the spirit of the President’s legislation. Further scuffing the patina of legitimacy is the presence of former Louisiana representative and convicted vampire Billy Tauzin, who served in the House for 25 years before becoming the head of PhRMA. “Before,” in this case, means right before—he started working for PhRMA the same day his congressional term ended. As a U.S. representative, Tauzin took the lead in torpedoing negotiated drug pricing in 1994. As a lobbyist, he doesn’t even have to pretend that he serves any interest other than the pharmaceutical industry’s bottom line. “We were assured: ‘We need somebody to come in first,'” he told the Times. “‘If you come in first, you will have a rock-solid deal.'”

Public response to this rock-solid deal has been mixed. Matt Taibbi, who smirks/writes about politics for Rolling Stone, calls the $150 million ad bonus a “big bribe.” He points out that it pretty much commits the White House to supporting the Baucus bill, so it doesn’t just affect drug pricing. It murders, for example, the bill put forward by Henry Waxman, which includes both Medicare drug negotiation and a public option. Jane Hamsher, for her part, considers the agreement more an act of political jiu jitsu than outright influence peddling. While she’s still critical of Obama’s move, she points out that it keeps PhRMA out of the company of the Republican party, thus robbing them of a major ally in their decades-long campaign to prevent anything from happening ever. That’s small consolation, but it’s worth remembering that it’s also what we hired Barack Obama to do. One of the selling points of his campaign was his famous ability to hammer out compromises with his most obstinate political opponents—something we tend to forget now that the GOP has last control of every governing body more influential than the Valley High School chapter of SADD.*** We can’t insist that he sit down with only our foreign enemies.

Ultimately, whether the White House has risked its credibility to do us all a favor or sold the nation out for $150 million and a few seats in the House depends on what you think of the legislative component of the deal. On one hand, prescription drugs are going to be $80 billion cheaper a decade from now. On the other hand, that’s like your cell mate letting you just blow him because it’s your birthday. Eighty billion seems like a minor victory in the current legislative climate, but how long do we have to defer the real prize? Can we pass the bill this year and then start working for Medicare negotiations in 2010, because screw those PhRMA pricks? Billy Tauzin doesn’t think so. “Who is ever going to go into a deal with the White House again if they don’t keep their word?” he says. “You are just going to duke it out instead.”

That idea—that the American pharmaceutical industry would need some kind of compelling reason to negotiate with the executive branch of the United States government—pinpoints what is so horrifying about this whole thing. We tend to think of the cronyism and hand-in-hand legislative approach of the previous administration as a product of some vaguely defined friendship; Bush was an oil guy, a business guy, so he handed the federal government over to business guys in order to stay loyal to his own. The fact is, government serves the will of industry because it has to. PhRMA is powerful enough to prevent health care reform from happening, even over the best efforts of a party that controls two branches of government.That Barack Obama—arguably the most idealistic President we’ve seen since Kennedy—should feel the need to strike a corrupt bargain with them is a testament to the power of the American corporation. It sickens me that Obama made a deal with an organization whose sole purpose is to increase private profits at the expense of public interest. If I were President, I would never do it. That’s why the Brooks administration would be an utter failure, and why their federal government is the second item on the list of entities that the American people should fear.

** Kind of like the way Monica Lewinski doesn’t look like she’s worth risking your political career over, until you put her next to…okay, I think we’ve identified the source of Combat! blog’s legitimacy problem at this point.