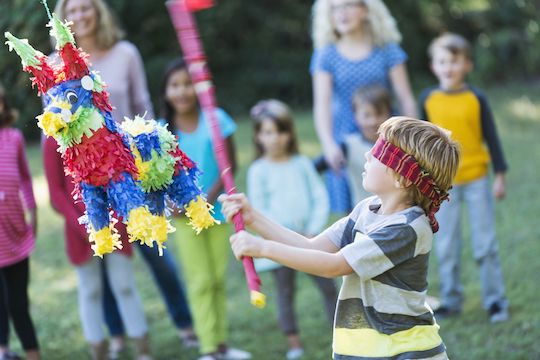 Last month, Missoula police responded to a complaint that a man on Higgins Avenue was shining a flashlight in the eyes of passing drivers. That man was 73 year-old James Smith. Commuters may know him as the guy who sits in his yard with a heart-shaped box during rush hour. According to police affidavits, Smith hit two officers with his flashlight when they arrived at his home on May 20. After he was detained, he tried to kick and trip them. Two days later, his daughter got a call informing her that he was in a coma. Here’s Dylan Kato at the Missoulian:

Stephanie Smith, of Allentown, Pennsylvania, said that in addition to the coma, her father sustained a skull fracture, multiple facial fractures, a concussion, respiratory failure, bruised ribs, organ damage, bruising and other injuries from the incident. While he was sometimes confused or disoriented before the incident, Smith said these symptoms, as well as amnesia, have become more prominent since he was hospitalized.

What happened between when Smith was arrested and when he was hospitalized with multiple head traumas is not stated. Who can say what put this 73 year-old man in a coma? It’s a stone-cold whodunnit, as far as the Missoulian is concerned.

The reticence starts with the headline: “State investigates Missoula police after encounter lands 73-year-old man in coma.” Whatever happened was not a beating or even an arrest. It was an encounter, and it “landed” Smith in a coma the same way Bugs Bunny’s hijinks land him in trouble. “Lands” is an odd choice of verb that reflects this headline’s desire to allege as little as possible. The pathological refusal to say anyone did anything continues in the opening paragraphs:

The Montana Department of Justice is conducting a use-of-force review after an incident involving the Missoula Police Department in May ended with a 73-year-old man hospitalized in a coma. James Smith spent several days in Providence St. Patrick Hospital before he was committed involuntarily to the Montana State Hospital in Warm Springs. He was released to his daughter following a court hearing May 30.

That doesn’t even say who released him, much less how he got into that coma. It was an “incident involving the Missoula Police Department,” and it “ended” with Smith near death, but beyond that we cannot say. Maybe he fell down the stairs ten times before a metal press closed on his head.

Kato has a good reason to write this way. The matter is still under investigation, and a newspaper must be careful never to blame people for things they might not have done. The passive voice is a way to maintain a scrupulous objectivity. But it can also disconnect the facts of a story so thoroughly as to distort it. When Markus Kaarma was charged with murder after shooting a teenager in his garage, the Missoulian did not report that an incident involving him ended with a 17 year-old exchange student bleeding to death. We reserve such conspicuously softened language for the police.

Reporting potential instances of police brutality as vague situations that just happened is an industry-wide habit. It reflects a journalism that has become too deferential to police. On the cops-and-crime beat, the prohibition against attributing fault to cops is so powerful as to outweigh the prohibition against the passive voice, leading otherwise strong writers into paragraphs like this:

Missoula police Detective Capt. Mike Colyer said on May 24 that he was called to the scene shortly after 2:30 a.m. on May 20. He confirmed that Smith had been hospitalized after being detained, and that due to the potential use-of-force issue, the department followed best practices and asked the Justice Department’s Division of Criminal Investigation to conduct an independent review.

Smith has been hospitalized and detained, but for what and by whom go unstated. The injuries that put him in a coma are a “potential use-of-force issue,” reinforcing the vagueness of the passive voice with some old-fashioned Orwellian euphemism. One of the paragraph’s only active verbs pops up to shine a favorable light on the police department, which “followed best practices” by asking for an independent review [of how two of its officers put an elderly man in a coma.]

I want to emphasize that this style of writing is not Kato’s invention or even his choice. He’s following standard practices in daily news reporting, and wisely so. He’s working with limited information, and he doesn’t want to smear two good cops if there is somehow an innocent explanation for all this. Neither does he want to get his paper sued. He’s got editors combing his copy to make sure that doesn’t happen, while on the other end he’s got to worry about access. If cops think he wrote a hit piece on other cops, his job as a reporter gets a lot harder. I don’t want to blame Kato for having to work under these pressures. But I do want to draw attention to the system that pressures him, and the way news reporting bends over backwards to say nothing critical of the police.

Maybe it’s not just reporters, though. Perhaps the most heartbreaking part of this story comes at the end, when Kato paraphrases Smith’s daughter and her husband:

They reinforced that they appreciate the help they have received from the police department, as well as lawyers in the Missoula County Attorney’s Office and the Office of the State Public Defender, since they arrived in Missoula. “The people that we dealt with are very nice, including the detective and evidence people. Over all this we do support law enforcement, we understand that they put their lives in harm’s way,” Jones said.

It does look like they almost beat her father to death, though. I was going to say that we give police too much deference. We heap praise on them whenever they become vulnerable to criticism, so that the more evidently awful things they do, the more we announce our support. That was going to be my conclusion. But if this woman doesn’t agree, who would?