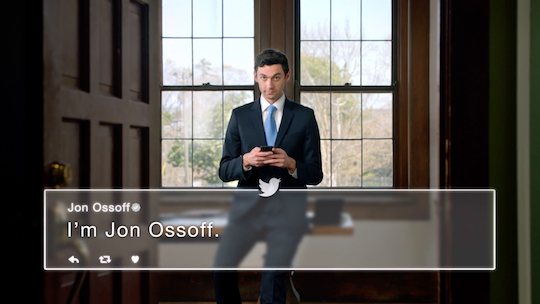 But wait, you say, ever on the lookout for opportunities to be charitable, this looks like B-roll footage. Maybe this ad was made from the kind of bland, soundless footage campaigns release publicly so that unaffiliated1 groups can use it in their own spots. The whole tweeting conceit is probably just a clever workaround. But no, the last frames inform us that the ad was paid for by Jon Ossoff for Congress and, almost as improbably, approved by Jon Ossoff.