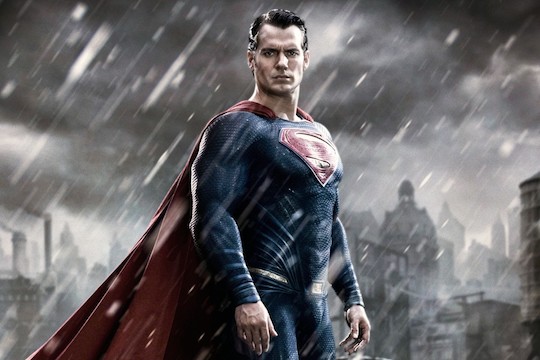 Note: This weekend, Dan Brooks was injured in a freak accident while throwing hammers at a trampoline, so today’s Combat! blog is a guest post by humanitarian and immigration rights activist Superman.

As a virtually indestructible alien given superhuman abilities by Earth’s yellow sun, I get a lot of questions about my powers. Yes, I can cook food with my vision. No, I do not need special scissors to get a haircut. My hair just grows this way, with the gel and everything. I don’t understand why—probably for the same reason I can hear Lois Lane say “Help me, Superglub!” as the room in which she is trapped slowly fills with water, even though she is underground and thousands of miles away. And yes, this same super hearing means that I can hear my parents every time they have sex.

Of course, I cannot hear my birth parents having sex. My birth parents are dead. But I can hear Jonathan and Martha Kent, the kindly midwestern couple who raised me as their own, as they return to their Kansas farmhouse every Sunday after church—sometimes remarking how quiet it seems with Clark gone—and then use each other like animals that cry out with human tongues.

Yes, my hearing is that acute. I can hear the very curvature of my father’s hand, lined from years of hard work, in its report against my mother’s buttocks—such is the sonar-like power of my super ears. I can hear it from within a fortress of ice in Antarctica. I can hear it from space. There is no place on Earth or within its near orbit where I cannot hear my parents’ lovemaking, from their loudest shrieks of passion to the shockingly explicit nothings they whisper in each other’s dampened ears. Believe me, I have tried.

Obviously, they have not thought through this aspect of my powers. I’ve never heard them talking about it, and I hear them talk about pretty much everything. For example, I heard them talk about how they have to keep living in the country instead of fulfilling their dream of moving to the city to live as freewheeling perverts, because I would probably find out if they did. I hear them planning secret trips to Metropolis to meet other kindly old couples they met on Craigslist. Some of these excursions fall within weeks of their regular trips to visit me, and I hear them decide not to tell me about them.

I can hear them saying I wouldn’t understand, what with my super powers and all. They argue that I never felt that need to be loved the way they do, to feel vigorous and powerful before others, sometimes in groups of five or six. People think about these things, but they don’t think it through. They’re understanding but not super-understanding, if you know what I mean.

Nobody sent in any questions for this guest editorial. They didn’t have to. I just thought about the millions of conversations I overhear each day, some of which naturally speculate on the extent of my powers but none of which—not even the ones that conclude I hear everything—consider for even one moment that I might be listening in. It’s baffling, really. Millions of conversations each day, some of them conjecturing on my own sexual functions in graphic detail, yet nobody ever asks how I might feel listening to them. That question doesn’t seem to interest anyone, not even in the brief minutes between speculation on my hair strength and bouts of violent lovemaking in my old room.

So yes, I hear my parents having sex. I hear everything they do, and everything you do. I hear your lips twitching as you read these words. I hear the drumming of your fingers on the counter of a cigarette stand in Saigon, overlaid with the chatter of traders on the floor of the New York Stock Exchange. But no, I cannot hear you think. I have no idea what any of you people are thinking.