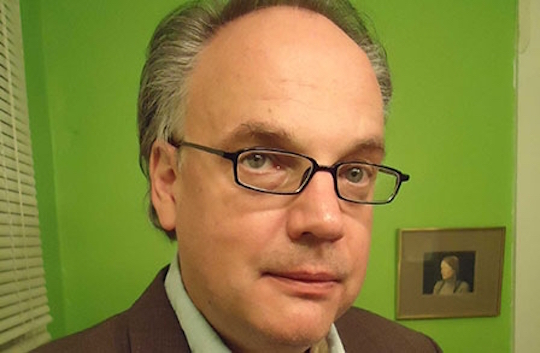 One thing it means is that Hudson is kind of a dick. It’s cool to use a pen name, but I would say eschewing conspicuously ethnic pen names is an unwritten rule. “Mark Twain” is fine, but it would be problematic if Samuel Clemens had written as Freeman Jim. So however revealing we find Hudson’s experiment, it appears to have progressed from the hypothesis, “White dudes have a harder time getting published.”

That claim exhausts me. I don’t think it’s true, but even if it were, it would hardly occasion sympathy. First of all, if you find the byline makes a big difference, maybe your poems could be doing more work. Second, if authors of color really do enjoy an advantage among readers of slush piles, I suppose we white dudes will have to content ourselves with offices, auto shops, bars, retailers, Congress, et cetera. Nobody asked you to write poems. Press your advantage in the world of business like your father did.

Still, in an ideal world—the one we say we want when we’re complaining about the one we made—the poet’s identity would not affect our reading of the poem. That was the problem with the era of dead white men: poets’ identities so heavily influenced what got published that it was all one ethnicity and gender. That system was wrong, because it judged art based on race.1

It was not wrong because white people aren’t the poetry race. We’re trying to develop and support Asian-American poets because racism has historically made it harder for them to find publishers, not because Asians write poems better. Let us agree that the author’s race is not a quality of poetry, and a good poem is good no matter who wrote it. Let us also agree that what Hudson did is problematic, but not because race is how we know which poems to publish and is too important to lie about.

I’ve expended 600 words to belabor what seems like an obvious point, but it isn’t. Hudson’s comparative success as Yi-Fen Chou2 suggests something other than poetry might affect how we love poems. That’s troubling, but Slate’s Katy Waldman is ready with a pious rationalization:

The world is awash in great poems. Any selection of the best ones will necessarily rely on extra-literary factors. Most people would rather see diversity be one of those factors than say, marketing or connections.

Now there’s a false dichotomy. We’d better publish poems based on the races of their authors, because the only other method is business connections. I don’t buy it, but that argument is Newton’s fucking mechanics compared to the claim that there are so many great poems we have to choose somehow.

I have not found “all poems tied for highest possible quality” poses a problem in my reading. In my experience, selection of the best need not rely on extra-literary factors, because the great poems are as distant from the usual kind as the finger is from the moon. The time you have to rely on extra-literary factors, I find, is when you’re trying to get other people to agree what’s great. Then it helps to look at the name.

When I need the benefits of white male privilege, I send work out with the nom de plume Michael Derrick Hudson. #writingtips #writingadvice

That doesn’t make sense, Emily Paige Wilson. White privilege is one thing Yi-Fen Chou doesn’t have. Also, you are white. That isn’t why you’re wrong, though. It’s just why we should ask someone else.