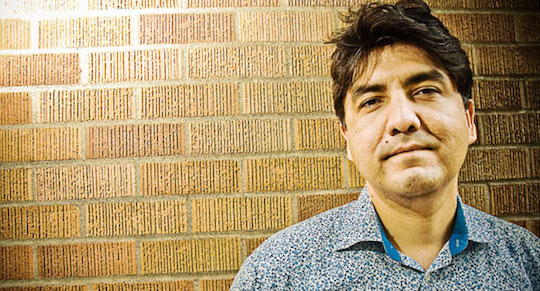 Yesterday, we learned that Michael Derrick Hudson has a poem in Best American Poetry 2015 he submitted under the pen name Yi-Fen Chou. Ben al-Fowlkes sent me Sherman Alexie’s explanation of how that happened, which I like as much as anything he’s written in years. Alexie wisely1 begins from his own perspective as a writer, which is the familiar mix of high ideals, envy, and conspiracy theory. I find contest judges are unfairly biased in favor of writers who aren’t me. Alexie feels about the same way, albeit for better reasons than I do, and when he becomes guest editor of BAP 2015 he resolves to judge fairly. He also resolves to uphold Rule #5:

Enter Yi-Fen Chou. Alexie read his poem carefully and thought it was great. After he picked it for the anthology and Michael Derrick Hudson unmasked himself,2 Alexie was enraged. Then he read the poem again and liked it just as much, so it stayed in.

So do we like that? I do, basically; there’s no rule against submitting to BAP under a vaguely racist pen name, and what’s most troubling about this whole affair is the implication Big Poetry might be publishing according to criteria other than what’s satisfying to read. Alexie’s decision contradicts that proposition. He kept the poem on its merits, even though the author’s relationship to ethnic identity made him very angry. That seems to satisfy our goal: that good poems get published regardless of who writes them.

Over at the Atlantic, Conor Friedersdorf is less impressed. That might be because he seems to have misunderstand Alexie’s explanation, or has at least misrepresented it. Friedersdorf writes that Alexie “selected” the poems based partly on author identity, when Alexie said only that he read poems by writers of color more carefully. It’s a small distinction, but I think it’s important. It makes the difference between trying to correct for racist forces in publishing and letting race override his aesthetic judgment.

But maybe I’m reading Alexie too sympathetically. Friedersdorf’s larger argument is that we should pursue colorblind correctives to racism in publishing, e.g. by evaluating poems without any bylines at all. In the non-normative sense of the words, he is advocating a negative solution to racism rather than a positive one:  the no-bylines approach makes racial discrimination impossible, as opposed to Alexie’s approach, which promotes writers of color in order to correct widespread discrimination against them.

I think most people3 would agree the colorblind method is more just. The problem is that it imagines an extremely unrealistic scenario in which the people who evaluate poetry submissions actually read all the poems. Anyone who has read slush pile knows that’s pure fantasy.

Fiction is different, but when I read Cutbank submissions, I rarely got past the first page. People who haven’t read a slush pile are scandalized, but you can usually tell earlier than that. I would say the numerical majority of stories submitted to Cutbank contained a hit man, an English professor, or a graphic description of a boner in the first four paragraphs. Probably, there’s a really good story out there that hits all three, but there are many, many more that deploy one and go on to suck. And no one has time to read them carefully.

I mention this because the world where every literary submission gets read and judged on its merits does not exist. The number of writers probably exceeds the number of readers at this point; the volume of submissions certainly overspills the time editors have to read them. A system immune to racism is unworkable for logistical reasons. It’s almost certainly more just, but it’s just like a fairy tale.

So I’m cheering along with Friedersdorf in support of the perfect against the good, but I don’t think our team is going to win. We should put another plan in place, because if the choice is between colorblindness and racism, racism will win every time. It’s streetwise like that.