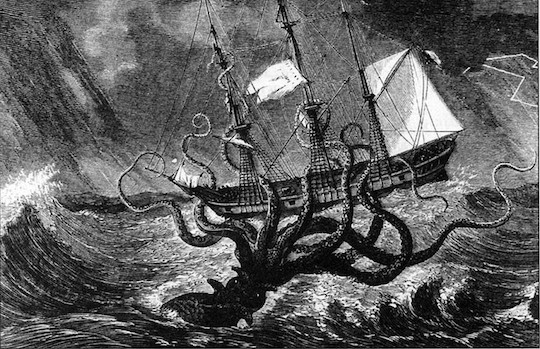 If you do not live in Missoula, you may be but dimly aware of the city’s struggle to buy the Mountain Water company. In June, Judge Karen Townsend ordered The Carlyle Group to sell the town’s water infrastructure to the City of Missoula as eminent domain. It was valued at $88.6 million, a number the city briefly appealed before withdrawing on January 6. On January 11, Liberty Utilities announced that it had finalized purchase of Mountain Water, along with two other water works in California, by purchasing its parent company, Park Water.

Ordered to sell Mountain Water to the city of Missoula six months ago, Carlyle just sold it to somebody else. The move took everyone by surprise, including the city and the Montana Public Services commission. The PSC has to approve every utility sale in the state, and they didn’t approve this one. But Liberty utilities has reserved the right to “raise jurisdictional issues” if the PSC tries to overturn the deal. Because Liberty acquired it in an “upstream transaction,” Mountain Water still has the same owner: Park Water. It’s just that Park Water is now owned by Liberty Utilities instead of the Carlyle Group.

So now the City of Missoula still buys Mountain Water from Park Water for $88.6 million, right? Liberty just deposits the check instead of Carlyle. Maybe—unless the Montana Supreme Court finds for Carlyle in its appeal of the eminent-domain condemnation, and as long as the PSC doesn’t make Mountain Water the object of an interstate lawsuit among two regulatory agencies and a hedge fund, and as long as Liberty doesn’t add any new lawsuits of its own.

The city will have to hire lawyers to represent its interests in all these cases. So far, our bill for this process comes to $4 million. That’s 5% of the purchase price. At want point does the cost of doing business exceed our willingness to buy? If the answer is never, Carlyle can easily take us into deep water.

The Carlyle Group took in $962 million of revenue in 2014. It’s possible Mountain Water has generated more income during than it cost to keep it tied up in court. There are a lot of reasons to interpret the multinational equity fund’s bizarre move last week as part of a war of attrition. You can read all about ’em in this week’s column for the Missoula Independent.

This quagmire is becoming a boondoggle. If you’re just catching up to this story, now is a good time to jump in. The Indy’s own Kate Whittle wrote this handy explainer describing the chronology and salient issues in the case. We’ll be back tomorrow with Friday links!