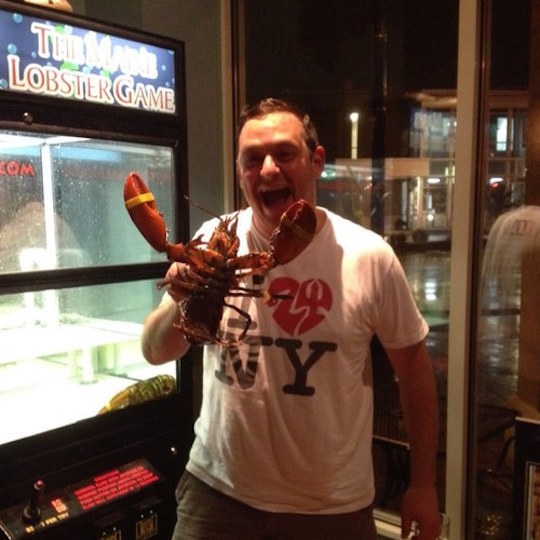 Dan Backer is an activist for campaign finance reform who won McCutcheon v. FEC, the Supreme Court case that lifted aggregate limits on individual contributions to political campaigns. “Money in politics is great,” he told Marin Cogan of New York Magazine. “Restraints on political communication are fundamentally about protecting the status quo, and also about preventing people from having every bit of information they want to consume.”

[Backer has] also helped organize the Stop Pelosi PAC and Stop R.E.I.D. PAC, and helps run the Conservative Action Fund, a tea-party group funded by Shaun McCutcheon. He is rarely the public face of these groups; Backer has Tourette’s syndrome, which causes facial tics and other TV-unfriendly gestures, like the tendency to gesture at you with both middle fingers as he’s speaking.

That’s a rich image. We often think of the claim that money can be speech as inherently disingenuous: you’d only believe that if someone paid you. The image of Backer delivering the Stockton heybuddy along with his argument must have been enormously tempting as a lead. Kudos to Cogan for not doing that, and for presenting Backer as someone who genuinely believes in his cause. I sure do disagree with him, though.