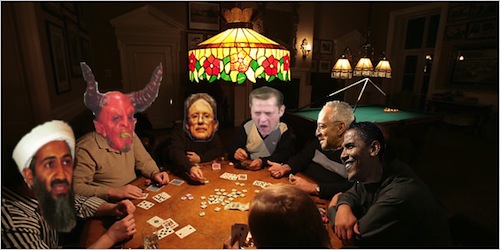 If you’ve played an hour and can’t spot the devil at the table, you are the devil.

We all know that Barack Obama is either a genius tactician or the puppet of a Maoist conspiracy. He’s black, and all previous black candidates for president were puppets of Maoist conspiracies. That’s why they lost. Obama won, so it therefore follows that he is a genius tactician. I introduce this airtight syllogism because his recent behavior re: Syria seems kind of weird. He said he wanted to intervene, but then he went and asked Congress, the same people who vigorously opposed his plan to put different light bulbs in the White House. Why, if Obama wants to intervene in Syria, would he seek a resolution from the most hostile House of Representatives and the most dysfunctional Senate in recent history? The answer is simple: he doesn’t want to intervene in Syria.

END_OF_DOCUMENT_TOKEN_TO_BE_REPLACED 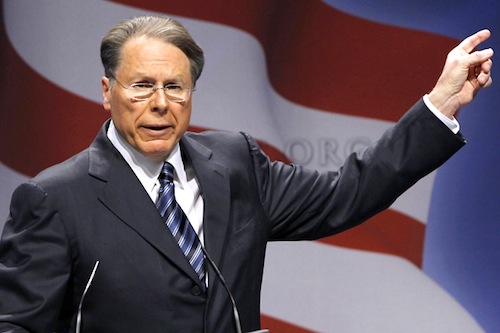 NRA executive vice-president Wayne LaPierre, seconds before having his hand shot off

“After Hurricane Sandy,” Wayne LaPierre writes in an essay for the Daily Caller called Stand and Fight, “we saw the hellish world that the gun prohibitionists see as their utopia. Looters ran wild in south Brooklyn. There was no food, water or electricity. And if you wanted to walk several miles to get supplies, you better get back before dark, or you might not get home at all.” Ah, yes—the hellish world of a gun-free South Brooklyn. That’s just one of the nightmare scenarios the NRA spokesman invokes in his call to gun owners to Stand and Fight.

END_OF_DOCUMENT_TOKEN_TO_BE_REPLACED 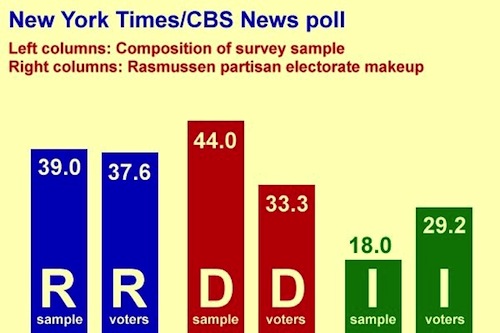 Don’t try to understand it. It makes no damn sense at all.

Miracle Mike Sebba sent me a link to this page of “unskewed polls,” which purport to show actual public opinion by correcting poll results for “massive over-sample of Democratic voters.” That phrase comes from the Examiner.com article that comes up when you click on the Reuters/Ipsos poll link. It’s also in the Examiner article you get from the NBC/WSJ link, the Examiner article from the NY Times/CBS News poll, and every other poll link on the page, all of which point to Examiner articles by one Dean Chambers. Mr. Chambers also appears to be the sole writer at QStar News. He’s a whole damn network.

END_OF_DOCUMENT_TOKEN_TO_BE_REPLACED 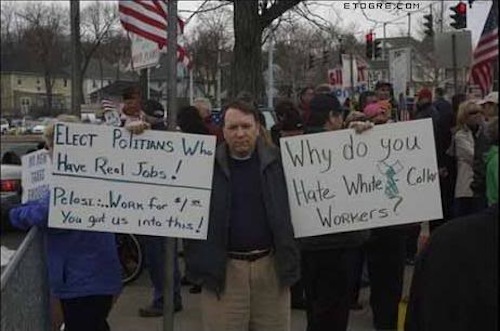