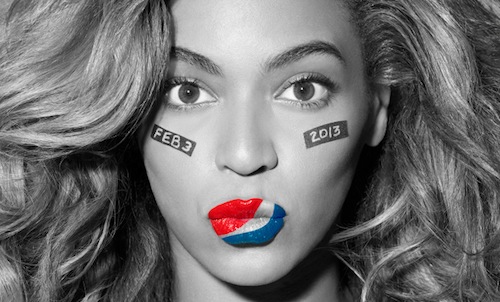 The aforementioned Mark Bittman—whose beans and greens recipe came out great last night, by the way—has used his Times column to call out Beyoncé for endorsing Pepsi. His intentionally provocative contention is that one day we will view sugary sodas as comparable to cigarettes in their impact on public health. Quote:

From saying, as she once did in referring to [Michelle Obama’s fitness initiative] Let’s Move, that she was “excited to be part of this effort that addresses a public health crisis,” she’s become part of an effort that promotes a public health crisis. I suppose it would be one thing if she needed the money or the exposure but she and Jay-Z are worth around $775 million.

Since we’re a bunch of grizzled old ethicists around here, I thought we might take up the question: Is it wrong for Beyoncé to sell her endorsement to Pepsi?

Before we get too deep into this one, I want to make something clear: I would sell my imprimatur/likeness/word to Pepsi for millions of dollars. So would you. Ours is the generation raised to criticize people for selling out, but if someone offers you an income-level quantity of money for your image rights, take it. I paraphrase John Calvin when I note that the world of work is so miserable a person should do anything he can to escape it. To criticize Los Campesinos! for selling their song to a Budweiser commercial is to argue that working at Starbucks is somehow not selling out. Better to sell your art—or the broader significance of your life—than the time you need to make it.

But this principle is moot when you are already freed from work, and as Bittman points out, Beyoncé is. The eleventy gajillion dollars she got for telling us to drink Pepsi goes into the already-enormous Sean Remembers Marcy Fund she shares with Jay-Z. While the rest of us might be forgiven for endorsing soda the way a French urchin might be forgiven for stealing a loaf of bread, Beyoncé is exempt from such sympathy in the same way as a multimillionaire pop star caught stealing a loaf of bread.

Still, three contingencies remain in which Beyoncé’s decision is ethically neutral. They are:

I would describe scenarios (1) and (2) as acquittances of responsibility. If celebrity endorsements do not influence people’s soda consumption habits, then A) Pepsi has the dumbest long-term strategy since Blockbuster and B) Beyoncé is merely accepting suckers’ money. Perhaps that is unethical, too, but a pop musician cannot afford to consider it. Likewise, if drinking a liquid that is 12% sugar does not adversely affect your health, Beyoncé is not hurting anyone. She is merely influencing people’s wills in exchange for money, which is creepy but no less ethical than being a maketing executive or a hypnotist.

The question implicated in scenario (2) is so complex that one can argue any answer to inconclusivity, but I suspect that Beyoncé does not drink Pepsi. Regardless of whether Bittman and others exaggerate the health risks posed by soda, the Queen Bee herself almost certainly does not have a Pepsi and a meatball sub for lunch. She has invalidated scenario (2) in her personal ethics, and by the same token she has also ruled out scenario (1). Beyoncé advertises her own music, and the arc of her career has surely made her aware of the value of image ubiquity. If she does not believe that her Pepsi endorsement will increase Pepsi consumption, then a large portion of her other behavior becomes inexplicable.

We are left, then, with scenario (3). Unlike the other two causal claims, the proposition that it is okay to make other people fat for money is an ethical claim that cannot be strictly proven or disproven. Most of us, however, have a visceral sense that such behavior is not okay. If you had a ray gun that made people gain weight and discharged twenties, it would be wrong to go to the mall and point it at strangers. You might argue that something is lost in the analogizing of a celebrity endorsement to a fat ray, but I submit that to do so is to make recourse to scenario (1) or (2).

The complexity of the advertising mechanism—as opposed to the simplicity of our theoretical fat ray—is that complexity which allows bad faith. Beyoncé can tell herself that she is not forcing anyone to buy Pepsi, or that a couple extra sodas during the Super Bowl is not a big deal, but in doing so she appeals to premises that she has already rejected. Yet the indirect mechanics of soda endorsement allows her to believe and simultaneously not believe them. It’s a free country, and nobody has to buy a Pepsi just because Beyonce told him to. We don’t even know if Pepsi makes you fat. Neither of these propositions holds up on its own, but as a matrix of uncertainties combined with millions of dollars, they provide a bearable level of excuses.

We are forced to conclude that Beyoncé should not have endorsed Pepsi, because she has to lie to herself in order to do it. Bad faith is the canary in the mine. We should not be too hard on her, though, for two reasons. First, I would almost certainly do the same thing in her situation. Pepsi has a lot of money. Second, she gave us this:

It still gets me, even in Target.