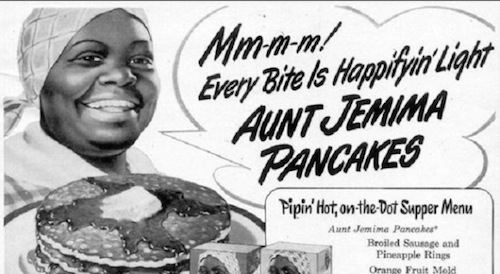 Obviously, this is a complex decision that finer legal minds than mine should examine. I invite Combat! legal advisors Krezzlefish and The Polish Hammer to offer their assessments in the comments section, as they surely will understand this thing better than I. Still, this decision carries some implications that you don’t need to be a lawyer to consider.

For example: in its ruling, the court noted that owners of “closely held for-profit corporations have sincere Christian beliefs that life begins at conception,” and that to deny their corporations protection under these beliefs “would leave merchants with a difficult choice: give up the right to seek judicial protection of their religious liberty or forgo the benefits of operating as corporations.”

Here I must invoke the legal principle of well boo hoo. Forgoing the benefits of incorporation does not exactly put you in Saint Sebastian territory. It is by no means a central tenant of Christianity that IUDs are a kind of abortion, nor is it a matter of necessity to own a multimillion-dollar chain of craft stores. If you feel so strongly about a hair-splitting argument re: when life begins that you refuse to pay for an insurance policy that might let someone use a certain method of birth control, maybe you shouldn’t employ thousands of people. It seems strange to carve out exceptions to federal law so that people who religiously object to a basic aspect of running a large corporation can do it anyway.

Second, and perhaps more troubling, the court cites the Dictionary Act inclusion of corporations in the definition of “people” when holding that the Religious Freedom Restoration Act was intended to apply to corporations, too. My record will indicate that I am against corporate personhood for several reasons, but even a locution more generous than mine would have a hard time accepting that corporations can sincerely hold religious beliefs.

When a corporation goes bankrupt, does its spirit go to heaven? Does the Hobby Lobby owners’ concern for their immortal souls extend to a concern for the moral character of their corporation—in that, for example, they try to compete with other craft stores, but not too hard? Does the Hobby Lobby corporation go to church? Does it periodically worry that there might not be a God after all, and does it feel bad about that later? Or do its sincerely held religious beliefs only extend to paying for health insurance?

Here we encounter a fundamental problem with this case, and with extending the RFRA to corporations in general. I don’t doubt that the owners of Hobby Lobby sincerely believe it violates their religion to pay for an assistant manager’s IUD, but that belief also happens to save their business a lot of money. And since it is absurd to say that a corporate entity, separate from the people who own and operate it, “believes” something, why shouldn’t corporations purport to sincerely “believe” anything that’s good for their bottom lines?

Certain interpretations of Islam, for example, insist that wealth should be taxed instead of income. Could IBM convert to Islam and then lodge a sincerely held religious objection to withholding taxes from its employees, or even paying federal income taxes itself? That’s a reduction to absurdity, obviously, but you don’t need to reduce the decision in Burwell v. Hobby Lobby very far to reach the absurd.

The dissent argues that Hobby Lobby and Conestoga cannot exercise religion, but the majority opinion complains that “they offer no persuasive explanation for this conclusion.” Some justices seem to be willfully ignoring the obvious, here. A corporation cannot believe, because a corporation is not conscious. The people who own it are, but they incorporate in order to legally separate their corporation from themselves. The Supreme Court should not protect the freedoms of entities that can only meaningfully exercise their freedom by exempting themselves from federal law.