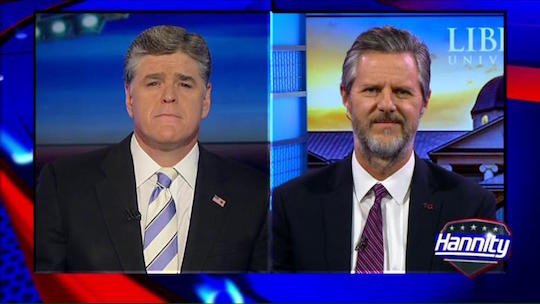 Donald Trump may be grabbing up all the headlines and shoving them into his mouth with his fat toddler’s fist, but one great leader does not a fascist movement make. You need armed thugs. What’s more, those armed thugs must be absolutely convinced they’re doing it for god and country. Otherwise their wives get after them. It was in that spirit Jerry Falwell, Jr., merit-based president of Liberty University, told his convocation of Christian college students to apply for concealed weapons permits:

“I’ve always thought that if more good people had concealed-carry permits, then we could end those Muslims before they walked in.”

Props to Ben al-Fowlkes for the link. Junior Falwell subsequently explained that by “those Muslims” he meant terrorists, and I guess that’s better than the preacher president of America’s largest online university instructing students to shoot Muslims just walking around. Still, I don’t feel like we’re in quite the same register as the Sermon On the Mount.

You know who loves it, though? Fox News radio host and probable automaton Todd Starnes. He stands with Liberty University’s Jerry Falwell, Jr. on guns; the “why” in the headline is a typo. Kombat! Kids! See if you can detect the professional writer trick Starnes uses in this sentence:

President Falwell is facing criticism from Democrats and jihadist sympathizers after he urged students at the nation’s largest Christian university to carry concealed weapons on campus to counter any possible armed attack from jihadists.

Yup—those are the two kinds of people who are criticizing him. You’d have to be a jihadist or at least a Democrat to find something unsavory about a Christian telling people to get guns so they can “end” Muslims. Fact: nowhere in the Bible does it say you can’t kill people. Starnes considers the very idea absurd:

Get a load of the crackpot theory offered up by one left-wing newspaper:

“Some theologians believe that Jesus would call on Christians to put down their weapons in the face of violence.”

I only wish the Washington Post had named the lunatic theologians who believe that Christians should gladly offer themselves to the Islamic radicals as sacrificial lambs.

Lunatic theologians probably cite Matthew 5:39-40: “But I say unto you that ye resist not evil, but whosoever shall smite thee on thy right cheek, turn to him the other also. And if any man will sue thee at the law, and take away thy coat, let him have thy cloak also.” But you’d have to be shit-bathing crazy to think that means you can’t shoot a guy who breaks into your house. Look for Todd Starnes humping a rifle across Syria this time next year. 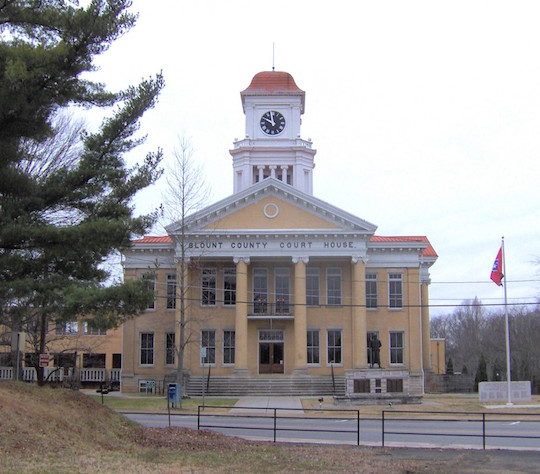 END_OF_DOCUMENT_TOKEN_TO_BE_REPLACED

Spencerly Griffin sent me this news bulletin from West Des Moines, where Dowling Catholic High School first extended a job offer to teacher Tyler McCubbin and then rescinded it because he is gay. It’s weird, because Dowling was my rival high school growing up, and we determined that they were all gay. But the problem is that McCubbin, who has worked as a substitute teacher and volunteer track coach at Dowling since the beginning of the school year, is openly gay. Local news station KCCI says that according to Bishop Richard Pates of the Des Moines diocese, “McCubbin wasn’t denied the job because he’s gay, but due to the openness of his sexual orientation.” Spoken like a Catholic priest, bro.

END_OF_DOCUMENT_TOKEN_TO_BE_REPLACED 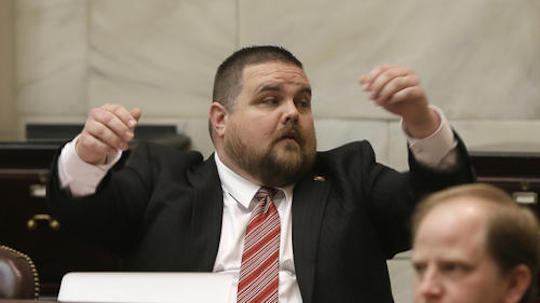 END_OF_DOCUMENT_TOKEN_TO_BE_REPLACED

A hue and cry has risen against Indiana since Governor Mike Pence signed the state’s Religious Freedom Restoration Act, which exempts individuals from laws that conflict with their sincerely held religious beliefs. Critics say it amounts to legalizing discrimination against homosexuals. Pence called that claim “a smear” and insists the law merely reiterates the federal Religious Freedom Restoration Act of 1993. In the interview with George Stephanopoulos above, however, the governor refused to say whether it would be legal for a Christian florist in Indiana to refuse to serve a gay wedding. He refused repeatedly. Stephanopoulos’s vain attempt to get him to answer yes or no begins around 1:25 and continues for four minutes, during which Pence hedges like a damn juniper. He simply will not say whether Indiana’s bill legalizes discrimination.