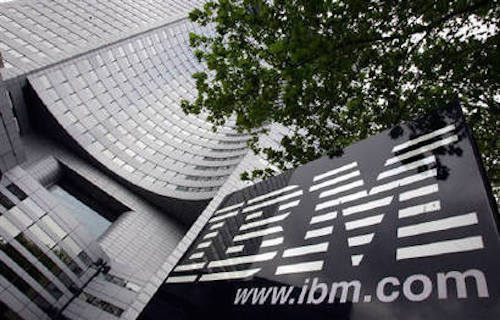 Corporate headquarters of IBM, which recently converted to Islam and changed its name to MHMD. This joke by Ben “The Angel” Gabriel

Over at Forbes, Avik Roy is bucking conventional wisdom to argue that yesterday’s decision in Burwell v. Hobby Lobby is not the victory for social conservatives that everyone says it is. Sure, corporations with sincerely held religious beliefs don’t have to pay for IUDs—which some Christians who own national craft store chains consider a form of abortion—but that potentially shifts the burden of payment onto the taxpayer. Health and Human Services could extend the same accommodation to Hobby Lobby that it offered to Catholic institutions under the Affordable Care Act, by having the federal government cover the costs of so-called abortofacient birth control devices. So instead of the very, very good people at Hobby Lobby paying for their cashiers’ IUDs out of corporate funds, Christians across the country could do it with their taxes.

Lest you mistake my position on this issue, I’d like to get a few things out of the way first:

Maybe the five men on the Supreme Court who made this decision spent a little too much time on the “religious” part of the objection and not enough on the “sincerely,” but that’s a question for history. I’m more interested in the out that Justice Alito offers the Obama administration in his opinion:

Or [the White House] could extend the accommodation that HHS has already established for religious nonprofit organizations to for-profit employers with religious objections to the contraceptive mandate. That accommodation does not impinge on the plaintiffs’ religious beliefs that providing insurance coverage for the contraceptives at issue here violates their religion, and it still serves HHS’s stated interests.

That way, instead of making the Christian owners of Hobby Lobby pay for IUDs, Christians across the country could pay for them through their federal taxes. If they object, they probably don’t have lawyers good enough to take 1040EZ forms to the Supreme Court.

You have to get into some pretty recondite theology to determine which of your sincerely held beliefs prohibit you from paying an insurance company to pay a doctor to give a woman who works for you a certain kind of birth control. But you don’t have to study much Christianity to get to thou shalt not kill. Do the Hobby Lobby corporation’s religious beliefs exempt it from paying for the carpet bombing of Iraq?

It’s odd that certain Christian sects feel very strongly about birth control and not about war, but that’s a whole other subject. My concern is that the logical stretch we made in order to insist that corporations can have religious beliefs has inadvertently made corporate religious beliefs more significant than those of actual humans. If it’s a violation of the First Amendment to make Hobby Lobby kick in for its employees’ IUDs, how is it kosher to make the owners of Hobby Lobby pay for them with their individual taxes?

It’s almost as if the First Amendment were designed to prevent the government from establishing a religion—to keep it from actively promoting religious belief, not to keep it from passing laws with which particular believers disagree. It’s time to stop privileging religious ideas over all other forms of thinking. The government does plenty of things that plenty of us disagree with. That’s democracy. Just because some of us disagree without evidence, on the basis of deeply held convictions that only make sense to to people who agree with us already, does not mean that our complaints deserve protection from the Supreme Court.