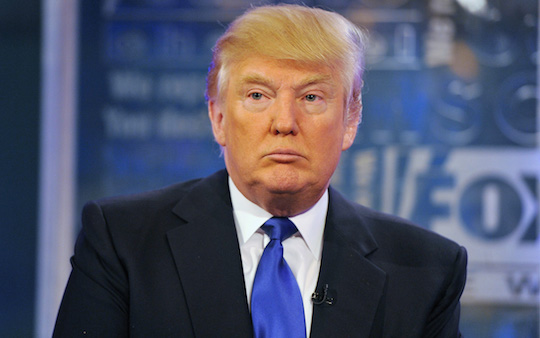 The president sits comfortably on a little box he found.

People sometimes asks me why Combat! blog is not more popular. These people are themselves nerds, consumed by questions of esoteric knowledge while carefree personal trainers make their spouses feel attractive and fun. They have no sense of the common reader’s interest, whereas I, who operate without illusions but with Google analytics, know this blog will never be widely read. All sorts of interesting things that the general public wants to know about are happening on the internet, from Kardashians to one weird trick that cuts belly fat. But I can’t stop thinking about this quote from former White House aide Ronald Klaine, in this Times story on President Trump’s lackluster first 100 days:

“If Trump finds himself hoisted on the 100-day test, it is a petard that he erected for himself.”

First of all, way to avoid the natural conclusion of this sentence, “…a petard of his own erection.” That would probably be too good for this world. But I must find fault with Klaine’s locution anyway, because he has made a common mistake. A petard is not erected. A petard is a small explosive charge used to blast a hole in a wall or door. Recondite knowledge after the jump.

The expression Klaine seems to be referring to here is “hoisted on his own petard.” It’s a metrically pleasing phrase that I first heard from my mother, who used it often when we were growing up. Apparently our childhoods were characterized by ironic reversals. To be hoisted on your own petard is to become a victim of your own plans or actions. In this case, Klaine means that Trump made too much of his first 100 days before he took office, and now he is failing according to his own metric.

Like so many rad phrases, “hoisted on his own petard” first appeared in Shakespeare. Here’s Hamlet act III, scene iv, lines 210-214:

….Let it work,
For ’tis the sport to have the engineer
Hoist with his own petard. And ’t shall go hard,
But I will delve one yard below their mines,
And blow them at the moon…

Hamlet has just killed Polonius, sort of by accident, in front of his mother Gertrude. He tells her that he will sail to England with Rosencrantz and Guildenstern, two men hired by his stepfather-uncle Claudius to watch and probably kill him. But Hamlet sees through this plan, and he will enjoy playing along with it just enough to watch it backfire. It’s fun to see “the engineer hoist with his own petard”—that is, literally blown up into the air by the explosive charge he himself set, or figuratively gotten by the plans he laid to get somebody else.

The extension of this metaphor—”I will delve one yard below their mines, / and blow them at the moon”—makes clear the meaning of “petard” as a buried explosive.1 But that’s not the famous part. The famous part contains the verb “hoist,” which meant “lifted and removed” to Elizabethans, but which modern speakers of English associate with lifting by means of ropes and pulleys. We hoist the flag. Cranes hoist girders. From the meaning of this familiar verb, we deduce that the unfamiliar “petard” must be something tall and mechanical—something the president can, in Klaine’s words, “erect.” We are used to things being hoisted from above, not below, so we assume a petard must be tall.

In fact, “petard” comes from a 16th-century French word for breaking wind. It’s a little bomb in a crevice. But when I was a kid, I assumed it was either a flagpole or a kind of sword, since people seemed to be using the phrase in contexts similar to “fall on one’s own sword.” I figured “hoisted on his own petard” meant roughly the same thing, but impaled and lifted up instead of impaled and falling down.

I’m glad I’m not alone.2 “Petard” is an example of a word that people use pretty much only in one phrase, like “insouciant charm” or “salutary neglect.” Native speakers of English learn these phrases first and then deduce what the component words mean from usage. It’s a great language, and you don’t need a formal education to wield it. It’s nice, though, to see smart and successful people throw it around a little awkwardly. It’s nice to feel that frisson of loneliness in communication, to speak in a code known only to yourself.