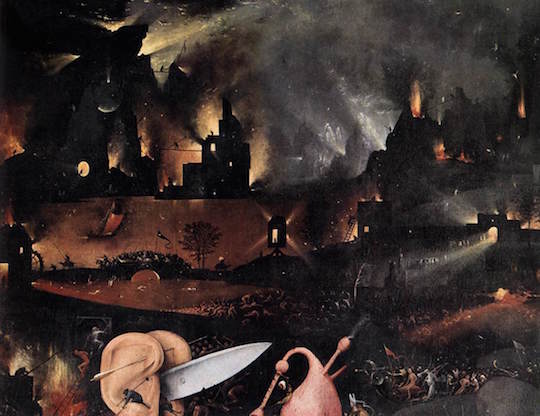 At 12:01 this morning, thanks to that villain Randy Paul and, to a lesser extent, the guy who told us about it, the US government lost its authority to collect Americans’ phone records in bulk. The Patriot Act has expired. I assume you are reading this from the point of a scimitar, at the other end of which gibbers a bearded zealot. Perhaps you have already become an ISIS or, worse, a copyright infringer. Perhaps you are one of the handful of Americans who remain free, for now. Don’t panic. Probably, most major US cities will be anthraxed between now and lunch on Tuesday. But the strong can survive. You just need to take a few precautions.

Don’t worry: you can still use your phone. A lot of people will tell you that without the Patriot Act, you will have no way to distinguish your normal calling activity from terrorism, or support for terrorism, or curiosity about terrorism, but that is not true. You can still safely experience 21st-century telecommunications technology by reporting your phone activity to the government yourself.

For example, say you call your friend Beth. With no bulk collection of calling metadata, the federal government will not know whether you called to talk about your party this weekend or global jihad, and will therefore be unable to protect you. For safety, after you hang up with Beth you should call the NSA and leave a quick voice message—something along the lines of “I called Beth and talked about what she did at my Game of Thrones party, specifically to my umbrella plant.” Add a quick rundown of Beth’s friends and whatever library book you’re reading, and voilá!1 America is safe once more.

But for how long? Manually reporting your phone activity to the NSA will protect the United States from any terrorist networks in which you are involved personally, but what about the plots that don’t include you?

One solution is to intercept your neighbors’ mail and look at their cell phone statements yourself, then cross reference the numbers they call to construct overlapping maps of social networks. You will need an advanced degree in mathematics. Given the utter ratfuck chaos that is likely to set it around 3:30 this afternoon, you can also just assume your neighbors are supporting terrorism and arrest them on spec. Be sure to explain that you can only detain them and have no authority to charge them with a crime, so they don’t lawyer up.

Most importantly, in the uncertain hours between now and Tuesday afternoon, do not forget September 11th. As your fellow Americans/global jihadists choke the streets to enact sharia law and jabber on their cell phones to God knows whom, you may begin to wonder what is the most important issue facing the United States today. You may start to think that it is wealth inequality, or environmental degradation, or education or deteriorating infrastructure.