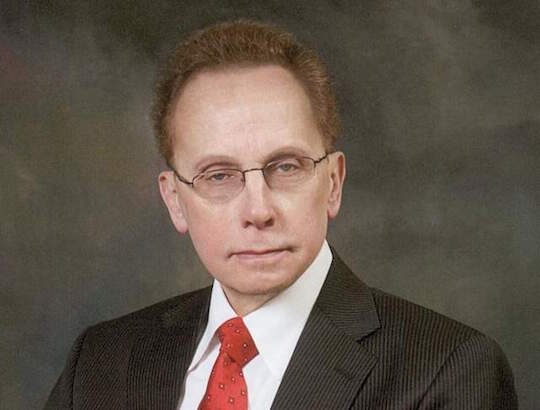 You can read the whole text of Fouts’s letter here. It’s important to note that Fouts believes (erroneously) that Marshall requested the reason station under the auspices of the Freedom From Religion Foundation. Marshall is a member of that sometimes shrill organization, but the reason station was not an FRFF plan.

In his letter, Fouts cites a nativity scene, the atrium prayer station, and the National Day of Prayer event in front of city hall, all of which are things the City of Warren apparently sponsored and to which FRFF objected.1 Fouts cites the First Amendment, which he calls “the right to freedom of religion constitutional amendment,” and concludes:

All of these events are allowed because of the right to freedom of religion constitutional amendment. We cannot and will not restrict this right for any religion to use the atrium, as long as the activity is open to all religions. Freedom from Religion is not a religion…To my way of thinking, your group… [intends to] discourage the practice of religion. The City of Warren cannot allow this.

In other words, because Marshall’s proposed reason station is not affiliated with a religion, it is not protected by the First Amendment.

In Beyond Good and Evil, Nietzsche says that a great idea in the hands of common people will become, itself, common. That’s less an insight than a call to misanthropy, but Fouts’s argument shows how an idea can devolved as it is bandied in popular discourse.

Given the series of prayer events and manger scenes Warren has set up under his tenure, that’s likely the context in which Warren most often hears about it. That he refers to the First Amendment as the “freedom of religion constitutional amendment” supports this hypothesis. So does his hilarious assumption that the First Amendment only protects religious expression.

Are there no lawyers in the mayor’s office? There are a ton of lawyers at the ACLU. Here’s Deputy Legal Director Dan Korobkin:

That’s concise and, considering the circumstances, remarkably restrained. It blows my mind that a man who thinks criticism of religious belief is illegal because of the First Amendment ascended to the position of mayor. But Fouts seems to have overcome a number of political handicaps, not the least of which is that he looks like he just swallowed a crab that was holding a Vicodin.

More important than being mean, though, is appreciating that the phrase “First Amendment” means something different to different Americans. Fouts suggests that for a lot of people, freedom of expression is the least of it; the First Amendment is mostly about whether you can pray in City Hall. That seems a perversion of its original and historic purpose, but here we are.

The Constitution is meaningful because we all agree that it is. In this time of robust participation in civic debate by all members of our democracy—i.e. dumb people—let us remember that our rights are only as good as our reason, and our reason is only as good as other people’s understanding. Anyone can see that Fouts is wrong. But can anyone become mayor?