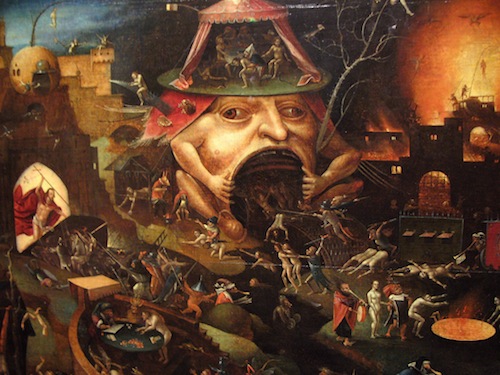 Yesterday, House Republicans stymied what was expected to be a fast-track bill to create a National Science Laureate, who would foster public understanding and encourage children to pursue careers in scientific inquiry. That would be a mistake. The future will not be determined according to hard truths; children should pursue careers in obfuscation and, when possible, money. That way they can follow their role model Larry Hart, a lobbyist for the American Conservative Union, who wrote a letter to members of the House calling the bill a “needless addition to the long list of presidential appointments” and claiming that it would allow Obama to pick a laureate “who will share his view that science should serve political ends, on such issues as climate change and regulation of greenhouse gases.”

First of all, those are one issue. Second, the proposed Science Laureate was not to be appointed by the president. And third, Hart’s warning that such a laureate could make science “serve political ends” on climate change is incredibly cynical. Or it would be, were it not so familiar.

The scientific community agrees that climate change is happening, and that the amount of carbon dioxide, methane and other so-called “greenhouse gases” in the atmosphere affects the temperature of Earth. Those are demonstrable, concrete phenomena. The proposition “we need to do something about climate change” is political, but the statement “certain gasses make the Earth warmer, and the Earth has been getting warmer for the last few decades” are descriptive. They are also backed by overwhelming consensus, at least among scientists.

Among politicians, on the other hand, climate change is a controversy. Scientists know it’s happening and greenhouse gases are doing it, but coal companies, auto manufacturers and other people who directly benefit from the status quo aren’t sure. They are the ones who have made science “serve political ends” by relentlessly casting doubt on a settled question, either by commissioning their own biased studies or by simply implying that experts don’t know any better than ordinary people.

Of course, being ordinary people ourselves, we are not in a position to evaluate the opinions of said experts. Maybe the world’s scientists have conspired with the global media to foist the wrong idea of climate change on an unsuspecting public. If our only way to detect such a fraud is by reviewing scientific papers, we’re in trouble. But in the conflict between scientists and lobbyists, we have another mechanism to determine who is trying to make science serve political ends.

It’s a question: which side has a monetary interest in the outcome of the so-called debate? As climate-change skeptics frequently assert, scientists have an interest in climate change because they get money to perform studies and experiments. If that is their interest, though, they should want to continue the debate. More uncertainty means more study funding.

But scientists agree that man-made climate change is a settled question. It’s lobbyists like Hart, along with hydrocarbon companies and other industrial interests, who insist on making the scientifically verified phenomenon into a controversy. They want to keep the debate going, because every day it does, they make a bunch of money.

In a way, they have an interest in opposing certainty itself. That explains why they object to something as innocuous as a National Science Laureate, a position that would pay $35,000 a year and primarily involve talking to kids.

Yesterday, Larry Hart came out strong against science itself, because it might somehow result in legislation he doesn’t like re: global warming. He did it by misrepresenting the contents of a bill to the US Representatives who would vote on it, by accusing an imagined enemy of politicizing the facts. It would be the most morally reprehensible stand I could think of, were he not representing a group of people who make money by convincing us not to do anything about an existential threat to human life.