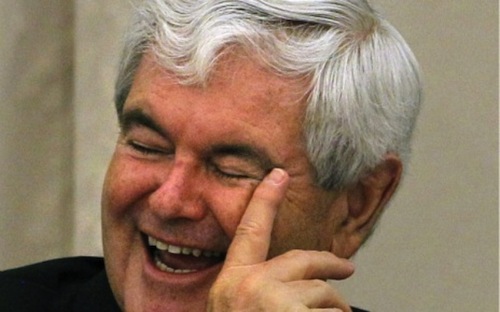 Today is a particularly hectic day around the Combat! blog offices—it turns out many of the interns have been contracting freelance work when they were supposed to be cleaning the octopus tank—but it’s probably for the best, since it will give us all more time to think about this. Newt Gingrich didn’t just win the South Carolina primary; he exploded the entire GOP nominating contest, leaving America’s registered Republicans to stand numbly as smoldering flakes of Romney drift down from the sky around them. Or he spent five million dollars of casino money to convince America’s third least literate state that he hates the last 30 years, too. We probably won’t know until the convention, which is what makes election season so fun. Please god, please make Newton Leroy Gingrich the 2012 Republican nominee for President. Also please let the interns find my octopus by nightfall.