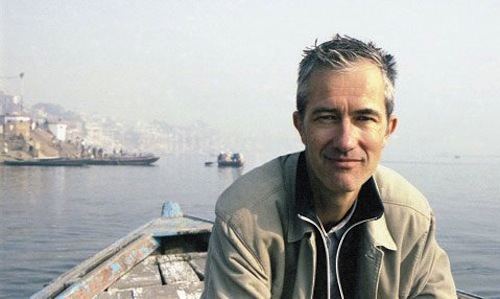 Holy crap, you guys: Geoff Dyer, author of the masterful Out of Sheer Rage and a bunch of other rad books, now has a regular column in the New York Times Book Review. His inaugural piece is a brutal assessment of academic writing as perfected by Michael Fried, whose Why Photography Matters as Art as Never Before tells you what you need to know about the author’s prose pretty much from the title. If you take out the adverbial clauses, you’re left with “Photography Matters.” Also, when we’re talking about photography mattering as never before, we’re looking at a window of about 170 years, since it definitely did not matter before the invention of the daguerrotype camera. These flaws distract from the big fissure, though: Fried’s borderline compulsive tendency to say what he will set out to accomplish, recap what he has argued, explain what he is not saying, et cetera. Dyer does a fine job of eviscerating this convention of academic and critical writing, and in doing so indirectly indicts the cornerstone of writing instruction: the thesis statement.

In my past capacities as both educator and nerd, I have spent a lot of time thinking about systems for teaching composition. Probably, you did not fit in 4000 contact hours with preparatory high school students between 2006 and 2009,  so this issue may not be as fresh in your mind as it is in mine. Hearken back to your high school English courses, though—or, for y’all Hawkeyes, to freshman rhetoric—and you will probably remember the instruction to end the first paragraph of your essay with a single-sentence encapsulation of your argument. Certain teachers—usually the same ones who promulgate false rules about prepositions and starting a sentence with because—will even go so far as to require you to put in it bold. The idea is to force you to clearly articulate your argument at the outset of the essay.

Like most hard and fast rules for writing, this one introduces a lot of problems. Making kids write theses is good, because it makes them think about what they’re saying in a way that tends to unify an essay. But what is the thesis of an essay about, say, the life of George Washington? By definition, a thesis is argumentative; it cannot be a simple statement of fact. Despite the pedagogical insistence that every paper contain a thesis sentence, they are antithetical*

to several types of academic essays: the expository, the narrative, the reflective. Such papers invariably wind up with weak theses like George Washington was an influential figure in American history and My time at the lake house was certainly exciting. Perhaps the most irritating of these is the kind of self-referential thesis Dyer identifies in Fried: In this paper, I will consider the role of psychosexual imagery in the paintings of Caravaggio.

The centrality of the thesis in American English pedagogy exerts a more pernicious influence, too. It discourages two of the most important aspects of composition, ambiguity and exploration. The first is arguably the soul of writing—that sense that words and, by extension, ideas mean more than their strict denotations, and that certain truths are accessible not through sentences but only in combinations thereof. The more we acknowledge the value of ambiguity, the more the one-sentence thesis seems like an affectation, if not a flattening stupidity. What is the thesis of The Christians and the Fall of Rome? The Myth of Sisyphus? How about Pilgrim at Tinker Creek?

Most college freshmen are not going to write Pilgrim at Tinker Creek, of course, which brings us to the second problem of the thesis as foundation of taught composition. Starting with a clear thesis is a good way to ensure a B+ essay, but it’s a terrible work habit. Writing is thinking, and thinking is impossible to plan in advance. What is true becomes evident by trial and error. It is only when you start futzing with your written ideas that you realize what they are about; if you start with a thesis and insist on referring back to it with the last sentence of every paragraph, you guarantee the stagnant atmosphere that is the real hallmark of academic writing. Once your main idea is summed up in one sentence, that sentence becomes less a platform than a boundary.

That’s what I like about Geoff Dyer: his writing invariably goes to the outskirts of his subjects, where truth runs around in its natural environment. A thesis statement may keep you in the center of town, but it will also give your ideas the quality of animals in a zoo: fully identified, unlikely to endanger anyone and vaguely fake. Maybe that’s what we want from our students, but it’s hardly desirable in our adults. For all its research into the best way to teach the one, compositional pedagogy seems to forget where the other comes from.