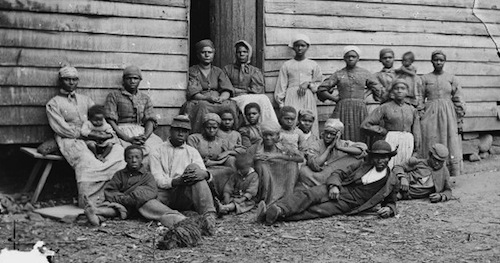 It is a known fact that a lot of assholes have more power than you. Mitch McConnell, Ke$ha, Pat Robertson, bone loss, the fundamental economic problem, Steven Tyler, tooth decay—pretty much any of them could, at a whim, do things to your life that you could not undo. The forces arrayed above us are mind-boggling. Think of your boss at work, and then try to think of every person who could pay him to fire you. The situation is terrifying. Paradoxically, even though most of it is because people arranged everything before you got here, it will only get worse as you age. Until right at the end. Right at the end, you will attain to a position where no one has any power over you whatsoever. In the meantime, you can say whatever you want. It’s Friday, the weekend approaches as Sherman approached the sea, and they’ve got the guns but we are funnier. Historical primary source document after the jump.

The thing about the upper classes is that they assume we look up to them. Consider Colonel PH Anderson of Tennessee and the 19th century, who wrote a letter to asking his former slave to come back. Jourdon Anderson worked on the Colonel’s plantation for thirty years, but he respectfully declines to return. Not that he doesn’t miss people. “Say howdy to George Carter,” the non-human-owning Anderson asks at the close of his letter, “and thank him for taking the pistol from you when you were shooting at me.” Both of these men are long dead. One of them had a plantation and a military commission and a retinue of slaves, and the other wrote a rad letter. Which is worth more now?

Money can buy almost anything—historically, it could sometimes buy anyone—but you cannot purchase a laugh. The old saw that it’s funny because it’s true is the more pleasant, less common corollary to “it isn’t because it’s not.” That makes funny a powerful weapon against, say, rich and lying. Anthony Kennedy may not have been lying when he wrote his majority decision in Citizens United v. FEC, but he sure said a bunch of stuff that wasn’t true. Now Stephen Colbert is making him pay for it, ironically by making other people pay him. While admitting that I have not conducted thorough research, I’m going to say that the Colbert super PAC is the most successful attempt by a comedian to educate the public about a Supreme Court decision of all time.

But such declarations are ultimately meaningless. Comparing works of art is like deciding whether cheeseburgers taste better than pie: you cannot assert one without ignoring the qualities of another. I disagree with Scott Tobias’s opinion of The Artist—I liked it better than any movie I saw this year—but I cannot deny his argument. The Oscars and the strange contest among works of art they elicit have only “a casual relationship with excellence.” I saw The Artist because it was nominated for Best Picture, but when it doesn’t win I will take it as evidence that Best Picture is bullshit. Watching the assembled power brokers of the film industry publicly announce what they like best may be the Hollywood event of the year, but it will endure less than the worst movie produced by same in same.

And a work of art is a joy forever. In 1962, a hippie puppeteer named Jim Henson made some corporate training videos for AT&T. Fifty years later, a gadget writer at CNET is typing way too much words before he embeds the videos. Edward Moyer’s 750-word description of how an archivist discovered old Jim Henson shorts and was happy is not worth reading. But the videos that follow are delightful, along with being strange testaments to how longer attention spans influenced comic timing. I cannot imagine a group of AT&T hires watching such a video in 2012.

Call it the frustration of diminished capacity. You can argue that it’s the basis of all humor, although that argument is easier to make if you limit your body of evidence to Hugh Murphy’s T-Rex Trying… cartoons. My personal favorite is T-Rex trying to apply sunblock, only because I like the image of him looking down as he assiduously smears himself. Somehow I have sexualized it. Sorry. Here’s a sweet rock jam to erase your mind: