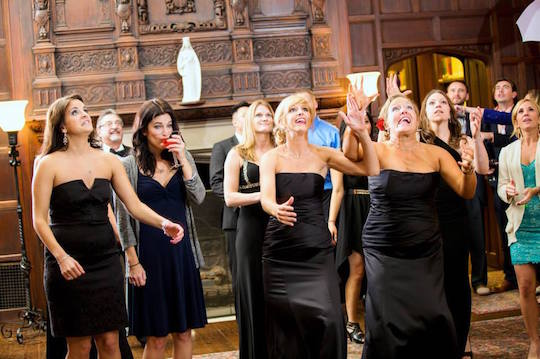 Yesterday in the comments section, one Cookie Greene brought my attention to a grievous error in this week’s Indy column. I said Rep. Ryan Zinke (R–MT) had not previously revealed his military service record, when in fact he “mentioned it in nearly every ad on TV during his campaign and at every talk he did traveling the state.” I don’t know how that escaped me, since it was obvious to everyone else, but here we are. It’s probably because I’m not a Montanan. Touché, Cookie. Today is Friday, and it’s funny because it’s true. Won’t you join me in trying to be a little more honest?

First, the good news: the New York Times paid Gary Shteyngart to watch a week of Russian television at the Four Seasons. The bad news is that American letters has become a winner-take-all system. Also bad news, to a lesser extent, is that Russia retains the propaganda features of Soviet totalitarianism but without the robust social safety net. It’s corporatocracy rather than communism, with the added wrinkle that the corporate leaders are also high-ranking government officials. Consider Vladimir Putin, reputedly the richest person in the world, who enjoys an 85% approval rating despite the Russian economy’s collapse under his stewardship. How is that possible? The news helps:

Putin’s popularity has mostly survived intact despite the ruble’s collapse and the gradual pauperization of his subjects. The media helps with a twofold strategy. First, the West and its sanctions are blamed for the economic situation. Second, the nascent Ukrainian democracy is portrayed as a movement of torch-wielding Nazi fascists under direct control of their Western masters. Few Russian families escaped unscathed from Hitler’s onslaught, and Nazi imagery, which remains stingingly potent, is invoked frequently and opportunistically, as a way of keeping historical wounds fresh.

Someday, a new Russian despot will manipulate his people by evoking images of the Putin era. Pretty much any picture of a shirtless man on a horse will work. But I prefer this one. That’s Jean-Claude Van Damme. You know because it’s written on his shirt.

Meanwhile, in the world of textual scholarship, Steven Benedict has made this supercut of Coen brothers dialogue that captures what he considers essential themes of their work. Props to Stubble for the link. It is perhaps not a thunderbolt to learn that the filmmakers are concerned with “identity, miscommunication, morality,” since those are also the central themes of modern comedy. “I’m not sure who I am; nobody understands me, and they’re all jerks,” is pretty much the comedian’s motto. Still, this cut is worth watching for the craft of editing alone. Between Benedict and William H. Macy, I can’t tell who is making whom look good.

Speaking of collisions of talent:

I don’t know about you, but I’m enjoying the coincidence of Weird Al’s renaissance and my own middle age. Also, Thomas Lennon may be the best straight man working. In an alternate America where 21st century comedy is less bromantic, he’s Paul Rudd. In that scenario, Paul Rudd is Dane Cook, and Dane Cook works at Bennigan’s.

Humorous Twitter accounts are what we have instead of humor magazines, by the way. We imagine a massive public appetite for public literature last century—possibly due to the success of tepid wits like Thurber and Benchley—but the fact is the New Yorker was on the verge of bankruptcy shortly after it’s founding, before one essay by a New York debutante saved it. I bet you’d love to read about that. Would you like to simultaneously read about Ian Frazier’s personal relationship with back issues of the New Yorker in college? Too bad, sucker—that’s what journalism is now. Frazier’s senior thesis is in there for the same reason the first 800 words of Shteyngart’s analysis of Russian TV are about his hotel room.

I know I’m way behind on this one, but “Blank Space” is one of my favorite kinds of jams: the kind where the chorus takes on a new, ironized meaning as the song progresses. At first, the proposition “it’s gonna be forever / or it’s gonna go down in flames” sounds like a romantic invitation to take emotional risks. Then it becomes a borderline’s dichotomy. I kind of object to the video here, because depicting Swift as a weird debutante in the beginning kind of tips the song’s hand. But that hook!