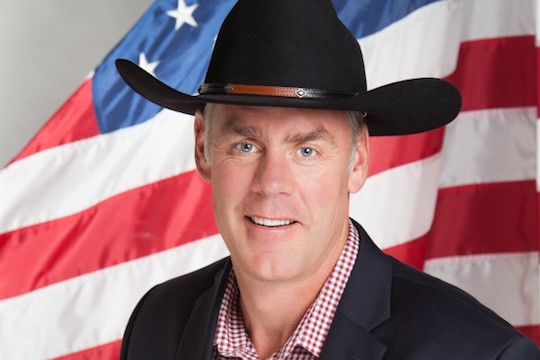 A candid photo of US Rep. Ryan Zinke (R–MT)

Last week, Montana’s own Ryan Zinke celebrated his first month as a congressman by correcting the President. Obama was mistaken to think his proposed operation against ISIS could be successful without large-scale ground operations, Zinke said to pretty much any news outlet that would listen. In doing so, he also dropped a thunderbolt: Ryan Zinke used to be in the Navy. I think I speak for all Montanans when I say that I am shocked to learn of this chapter in his life. It’s no wonder Zinke never mentioned his military service, though, what with America’s pervasive bias against the troops. The only way to restore respect for the men and women of our armed services is to get them into combat immediately, before our quick successes in Iraq and Afghanistan convince the public that war is something anybody can do. That’s my argument in this week’s column for the Missoula Independent, and I’m sticking to it. Probably, this one will cost me some readers. Not you, though—we’ll both be back here tomorrow for Friday links. Right?