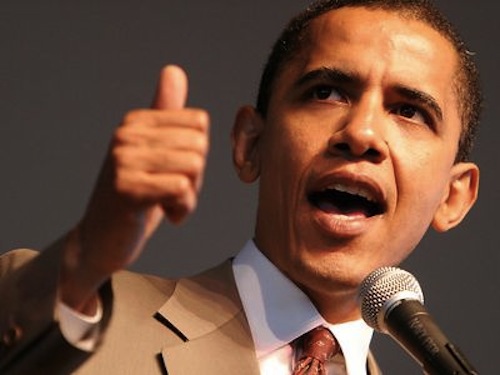 I think I speak for all of us when I say goddammit, dude. An unnamed “US official” has confirmed that Anwar Al-Awlaki, alleged terrorist and certain dickhead, is on the list of people whom the CIA is allowed to kill. If, like me, you have become momentarily distracted by the thought of how awesome and creepy such a list is—hey, CIA operatives, if you’re having a panini or whatever and you happen to see Mohammad Jamal Khalifa, go ahead and stab him in the face—allow me to bring you back to sobriety by pointing out that Al-Awlaki is an American citizen. He’s also believed to occupy a significant leadership position in Al Qaeda, a probably true fact that I learned from reading an article in the Washington Post. At the time, that same article said that Al-Awlaki was “thought to have been killed”—an assessment that, coming as it did from the same military and civilian intelligence sources that decided he was a high-ranking Al Qaeda officer in the first place, casts a little doubt on the “Anwar Al-Awlaki is a terrorist so it’s okay if we whack him” argument. God forbid he’s just an asshole, because he’s an American asshole, and we have rules.

If only we had some system we could use to determine when it is and isn’t okay to kill a given American citi—wait a minute. Maybe we could use this Constitution. Perhaps Professor Obama remembers it, and could flip through some of his old class notes before following the handwritten instructions of the guy who lived in his apartment before him. Surely, Barack Obama knows that the President cannot authorize the extra-judicial execution of American citizens, no matter how crazy their beards get. Chances are, he’s following the same War on Terror reasoning that led his predecessor to jail Jose Padilla for years without trial, and put god-and-the-Defense-Department-knows how many foreign nationals in boxes in Cuba for possibly ever. Between that philosophical precedent and what is surely a good deal of politically expedient concern that he never, ever appear soft on Muslim terrorism in any way, it’s no surprise that President Obama looked at what we know about Anwar Al-Awlaki and said yeah, go ahead and shoot that guy. You can’t win a war by giving everyone you intend to fight a fair trial, and we’re in a war, after all.

Except a war is usually fought against a foreign country, and your enemies in war generally wear uniforms or at least black pajamas, and they obey the orders of a leader who can surrender and declare that the war is over, at which point all the guys you caught but didn’t kill get to go back home. If this were 1941 and Anwar Al-Awlaki were sitting in a radio booth in Italy telling American troops to lay down their arms, Obama’s order to kill him would be more palatable. As it is, the intellectual contortions one must go through to make a soldier out of Anwar Al-Awlaki—a church wacko sitting in Yemen and writing emails encouraging other people to plan acts of violence—emphasize the absurdity of calling our campaign against terrorism a war at all.

One can’t fight a war against a technique. Wars are fought against people, and for the most part those people assume national identities. This is why we’ve not previously had to consider the question of how we treat American citizens on the other side in wars; you’re either a citizen of another country or of ours,*

and if you’re of ours we by definition cannot be in a war against you. We have a name for acts of violence committed by both foreigners and Americans outside the aegis of national action: crimes. And because criminals, unlike soldiers, don’t wear uniforms and don’t participate in a chain of command or otherwise make themselves easily identifiable, we have a whole criminal justice system dedicated to figuring out who they are. Americans who want to put on Republican Guard outfits and shoot at Virginia farm boys from Saddam’s palace can happily be shot without trial, in a war. Otherwise, they get the criminal justice system, because without it they are indistinguishable from the rest of us.

That the so-called War on Terror can encompass anyone of any nationality anywhere suggests that it is not a war but a metaphor. That it has led an otherwise reasonable, liberal president with a professional background in constitutional law to order the execution without trial of a United States citizen suggests that it is a terribly dangerous one. What is the War on Terror, exactly? Is it our national opposition to terrorism, beginning September 11, before which we presumably thought terrorism was just great? Is it our willingness to do anything to stop terrorists, including abandon the means by which we identify them? Or is it an excuse with a universal adaptor on it? Increasingly, the War on Terror seems like shorthand for our basest impulses, the desire to be right without the onerous process of making sure that we are. There’s a word for people who are so convinced they are right that they abandon proof and due process and start killing people. For Anwar Al-Awlaki, that word is apparently so strong as to displace the word “American.” If we’re not careful, the same could be said of all of us.