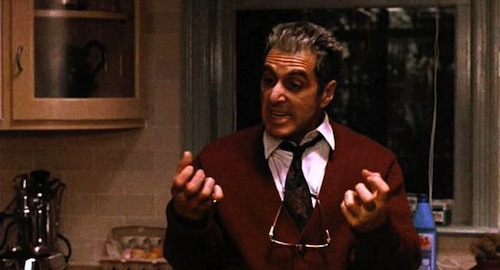 Remember that thing I wrote yesterday about summer hours? Yeah, that wasn’t true. I’ve got a job of work to do today, just like any other day, and summer hours are but a bitter dream. Just when I thought I was out, they pull me back in. Today is Friday, and nuisances are tenacious. Neither president nor weirdo in his apartment is safe, and hope is a fool’s fortress. All we can do is enumerate the slights against us. Won’t you compose a quick list with me?

First, the good news: American political discourse has reached such a level of vindictive scrutiny that the President has been lambasted for having a Marine hold an umbrella over himself and the Turkish prime minister. That son of a bitch. Scroll down for the New York Post’s front page, which continues their long tradition of bait-and-switch journalism, or just luxuriate in the smug hypocrisy of Sarah Palin, who tweeted, “Mr. President, when it rains it pours, but most Americans hold their own umbrellas.” Most Americans are also not responsible for ensuring that the prime minister of Turkey has a good time, but whatever. The president should be exactly like us, only smarter and not black.

Meanwhile, the House of Representatives held its 37th vote to repeal the Affordable Care Act. Remember that law we passed in 2010, after months of exceedingly difficult negotiations? It was bullshit, and what the American people want more than anything is for the present Congress to devote its full attention to undoing the work of previous Congresses. I personally look forward to a bold, new future in which all the United States government does is pass, refuse to implement and then revoke controversial laws. Our laws are not the skeleton we inherit from our legislative ancestors. They’re the scenery we chew when it’s finally our time in the national-historical spotlight.

Okay, I kind of fell into an anger/sarcasm feedback loop, there.  What I need is some light surrealism that plays to my basic interests and—yeah, there we go. I’m glad that The Onion finds Cormac McCarthy as inherently humorous and scary as I do. Also, Daily Currant editors should note that the headline is not “Cormac McCarthy’s new novel will be about devil and bear riding horses through west Texas.” The notion that McCarthy would show off his “sexy new beach body” draws attention to the absurd emphasis that American celebrity culture places on physical beauty, and the way that such superficial achievements as “20 pounds of lean muscle” pale in comparison to, say, well-made novels.

That’s called satire. The best part is that you don’t even need to do it on purpose, as Nate Diaz’s manager demonstrated when he defended the UFC lightweight’s use of “fag” by arguing that he only used it to mean “bitch.” Come on, Mike Kogan. I will say that there is something amusingly pre-adolescent about a pro fighter describing whomever enforces the UFC code of conduct as “the biggest fag in the world.” That is a title that gets less hotly contested as you pass out of middle school. Also, the biggest fag in the world is obviously Andy Dick.