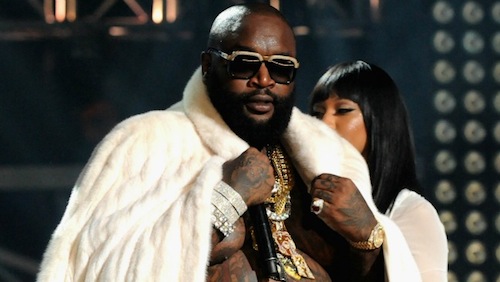 In answer to Willy’s question in the Friday Comments section: no, I was not aware that Rick Ross lost his Reebok sponsorship over his very rapey verse on the original UOENO. Fortunately, a quick Google search turned up this article from Billboard.com. Besides important information about what Rick Ross will do to your drink if you hang out with him, the article also contains a valuable lesson about misplaced modifiers. From the very first sentence:

After stirring up controversy for lyrics deemed pro-rape, Reebok has decided to end their partnership with Rick Ross.

Kombat! Kids take note: an initial dependent clause modifies the first noun after the comma. In the sentence above, Reebok has stirred up controversy for pro-rape lyrics. In reality, or at least in the portion of actuality covered by hip-hop, Rick Ross was the one who stirred up c for lyrics deemed p-r. Don’t go to the club with him, even though he is rich, because he will put MDMA in your champagne and then, when you become impaired, encourage you to engage in sexual intercourse that (yo)u (w)o(n’t) e(ve)n (kn)o(w) about. Also his head is essentially Lionel Richie’s head upside-down. This has been the news.