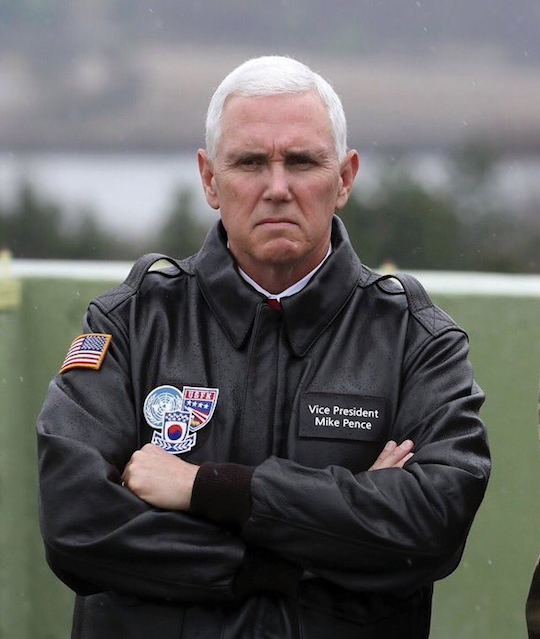 Every time I get down about world events—like the United States elects a reality TV star to be its president instead of addressing historic inequality and the threat of environmental collapse, or whatever—I remember that we live in the best of all possible worlds. How could it be otherwise? As we know from reading the philosopher Huckabee, God controls everything. God is also perfect and loves us, so this must be the best world He could arrange. Sure, it would be nice if Noah Baumbach had Lena Dunham’s career instead of her, but then some kid in Chile would fall in love with his sister or something. Trust us—this is as good as it can get. Today is Friday, and non-deities shouldn’t expect so much. Won’t you reconcile yourself to this world with me?

First, the good news: Sarah Palin finally took up Donald Trump’s offer to come visit the White House. The bad news is she brought Ted Nugent and Kid Rock with her. “President Trump’s invitation for dinner included bringing a couple of friends,” she wrote on her web page. “Asked why I invited Kid Rock and Ted Nugent, I joked, ‘Because Jesus was booked.'” That’s funny, I guess, but Kid Rock and Ted Nugent are not her friends. I’m going to stop thinking about the last time Palin had a real friend, because it’s making me too sad to type. Instead, I’ll just look at this picture from her Facebook page: 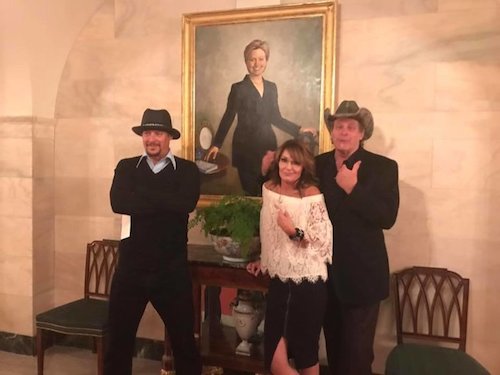 Oh look, it’s the Trump coalition: older white guys who regard their hobbies as revolutionary acts, younger white guys with both goatees and fedoras, and a real estate agent from Taos. And their ‘tude! They look like Visigoths in front of a statue of Augusts, if history remembered Augustus for not divorcing Julius Caesar. I’m becoming dissatisfied with the perfection of God’s plan already. Time for a refresher from His most perfect creation, Rener Gracie:

That footage does not get any easier to watch. But I urge you push through, if only to see Rener’s drag-to-elevator-to-arm bar transition. I don’t do it that good. This video also seems to mark a departure for Rener’s personality within the Gracie Breakdown series, from stoked bro to wry satirist. His “mixed martial accommodations” gag is probably the funniest thing a Gracie has said, planned-in-advance division. Renzo still owns ad libs.

Meanwhile, in Silicon Valley, a $400 juicer has been found to make juice about as well or slightly worse than bare human hands. The Juicero is a wi-fi connected, bluetooth-enabled press that exerts two tons of force to squeeze juice from the company’s proprietary pouches, kind of like a Keurig. Typo: that should have been, “kind of like a Keurig, if you could also make coffee by blowing into a Keurig pod with your mouth.” I quote Bloomberg:

[A]fter the product hit the market, some investors were surprised to discover a much cheaper alternative: You can squeeze the Juicero bags with your bare hands. Two backers said the final device was bulkier than what was originally pitched and that they were puzzled to find that customers could achieve similar results without it. Bloomberg performed its own press test, pitting a Juicero machine against a reporter’s grip. The experiment found that squeezing the bag yields nearly the same amount of juice just as quickly—and in some cases, faster—than using the device.

Okay, fine, but are your hands connected to the internet? Can Russian teenagers hack your hands and use them to execute a DDoS attack on the DNC website? Probably, by the time Chelsea Clinton runs for president.

It’s the name that matters. Four hundred-dollar “Juicer?” No thank you. “Juicero?” Now we’re talking. On a related note, Rachel Dolezal—the white woman who became infamous after passing as black for more than a decade—has changed her name to Nkeche Amare Diallo. That amazing fact comes from this profile piece by Ijeoma Oluo, which suggests that Diallo née Dolezal has learned some, uh, vexed lessons from her experience. I encourage you to read it, even though it starts with 1000 words about the author and her experience taking the assignment. This is my least favorite way to begin any work of journalism. Writing tip for Kombat! Kids: You are more interesting to yourself than you are to every other reader in the world.

You know what’s probably more interesting than every work of journalism in the world? This GIF of what 200 people look like in various modes of transportation:

Now that’s some effective advocacy, right there. Too bad cars are God’s plan for America, and any suggestion that people should ride bicycles or even drive something that gets better mileage are assaults on patriotism. I bought a Prius last month. This is anecdotal, but incidents of dudes in giant trucks yelling at me have increased approximately 10,000 percent. Incidents of me responding in terms related to their weight remain constant.