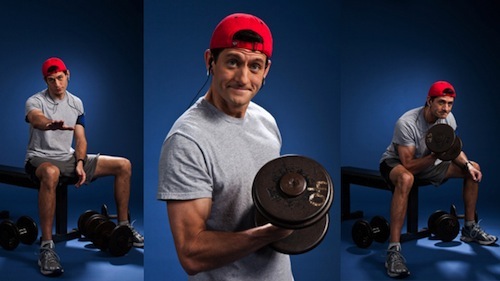 Yesterday was not a good day for Paul Ryan. First, Time magazine leaked these candid photos of him pumping iron in the ol’ blue space. Then he had to go on TV and debate Turbo Biden. Then he tried to ramp his skateboard over a doghouse and pooped his pants. That last one is slander, but the past 24 hours really have been the story of Ryan destroying himself to get people to like him. Today is Friday, and nothing is less appealing than trying to be liked. Won’t you scrabble desperately for approval with me?

I watched the YouTube feed of last night’s debate, and their analysis was 25 year-olds reading Twitter. The Times feed was three lesbians in a basement. I was therefore insulated from the real-media commentariat for several hours, but I got the central meme: Ryan stipulated that debate moderator Martha Raddatz call him “Mister,” not “Congressman.” Presumably that was because of the low approval ratings of Congress, and presumably Ryan originally specified “Mistah.” In any case, he was not prepared to talk jobs with Old Bruce Springsteen and got trounced, although Twitter made it clear that he won hair.

The main difference between last night’s debate and the one last week is that the Democratic ticket now seems more willing to say liar!, either verbally or with facial expressions. When Ryan began talking about the panel of bureaucrats Obamacare creates to determine access to medical treatment, for example, Biden said “death panel” as fast as he could get it out. That canard, plus Ryan’s insistence that job numbers are worsening, happened to feature prominently in a recent column by Leonard Pitts, the pleasingly-headlined War On Reality is killing our future. It is so good. You don’t need to read it if you’ve read every Combat! blog post ever written, and vice versa.

You do need to read this baffling piece about Montana Rep. Denny Rehberg’s attempts to bond with MSU students. Rehberg’s strategy seems to be to convince them that he, too, is prone to binge drinking, and the anecdotes therein border on the absurd. Then you get to this sentence at the end: “Author’s Note: Every incident in this article actually occurred, although some have been exaggerated for effect.” What does that mean? How can an event have actually occurred and also be exaggerated? Why are there no adults supervising the MSU Exponent and/or Denny Rehberg? He did wreck a boat, though.

Meanwhile, in Maine, the Republican Party has exposed the terrifying fantasy life of Colleen Lachowicz, a Democratic candidate for state senate who plays World of Warcraft. God knows what manner of research unearthed them, but the Maine GOP compiled comments from Lachowicz on various internet forums in a press released titled “Democratic Senate Candidate Colleen Lachowicz’s Disturbing Alter-Ego Revealed.” Sample: [caution—extremely disturbing] “I love poisoning and stabbing! It is fun.” Agreed that rogues are not fit for leadership, but the Republican Party of Maine may have underestimated how popular World fo Warcraft is. I’m pretty sure none of those people votes, though.