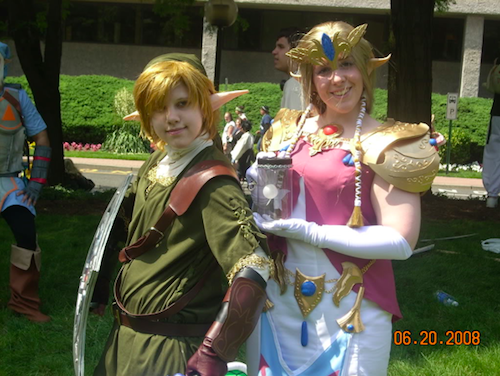 It’s Friday, when the week that is becomes the week that was and the work that waits is the week that ends. Or something like that. In addition to hiring Rudyard Kipling’s incompetent great-grandson, Rupert Kipling, to write our lead sentences, Combat! blog has been inundated this week with stories of various fins de siecle. Reporting on the aftermath of the end of things is a journalistic pursuit second in popularity only to predicting the end of things, which pretty much take care of all points on the spectrum. It’s a scam, but everybody loves a good postmortem. A widow is the chattiest person you’ll ever meet, and in that spirit today’s link roundup is a collection of stuff about other stuff being over. Lord knows, it’s less ominous news than hearing a bunch of stuff is beginning.

Lifelong altar boy Ross Douthat begins today’s roundup with this terrifying report on the “faith lives of twentysomethings.” That’s what he claims it’s about, anyway; in fact, it’s mostly about how a poll showed that the Millennials have abandoned nearly all forms of social responsibility and altruism. “Voices critical of mass consumerism, materialistic values, or the environmental or social costs of a consumer-driven economy were nearly nonexistent among emerging adults,” says Notre Dame sociologist Christian Smith. He adds that “The majority of those interviewed stated…that nobody has any natural or general responsibility or obligation to help other people.” This is where the survey begins to sound extremely suspect, since even sociopaths know to falsify a basic empathy. Douthat, of course, connects this apparent hyperconsumerism and flat affect with “changing attitudes toward marriage and family,” because he is your aunt.

A more reasonable discussion of broad generational trends comes from JM Bernstein in The Stone, the Times’s philosophy column.  I can’t believe that the Times is struggling to keep  an audience, what with their regular philosophy column, but that’s neither here nor there. Bernstein argues that the apparently nonsensical program of opposition that defines the Tea Party is united not by hatred of government, but by anger at any evidence of need of government. “What all the events precipitating the Tea Party movement share is that they demonstrated, emphatically and unconditionally, the depths of the absolute dependence of us all on government action,” he writes, “and in so doing they undermined the deeply held fiction of individual autonomy and self-sufficiency that are intrinsic parts of Americans’ collective self-understanding.” Sentences like that are how you make me read your philosophy blog, right there. Probably also how you alienate everyone else.

While we’re on the subject of deeply held fictions, here’s an old but good essay turning the old saw that America is a Christian nation. Since certain hot liars seem bent on telling the country’s largest majority that it’s under attack, now seems like a good time to remind ourselves that the Shining City on the Hill was always a huckster’s routine. Instead of speculative arguments about what the Founding Father’s might have believed, Michael Lind marshals textual evidence from primary sources. His presentation should be the subject of a mini-lesson in every freshman comp class in the country, beginning with quotes from such ho-hum sources as the Treaty of Tripoli and culminating in big George Washington himself. Compare Washington’s eloquence to John McCain, who reminded us during the 2008 campaign that “the number one issue people should make [in the] selection of the President of the United States is, ‘Will this person carry on in the Judeo Christian principled tradition that has made this nation the greatest experiment in the history of mankind?'” He said that about his avowedly Christian opponent, whom he totally never implied was a Muslim.

Meanwhile, among the 112 Americans who are still interested in non-moving visual art, Ben Lewis has declared the death of conceptualism. We’ll miss you, you rhinestone-studded shark corpse. Lewis’s disquisition on how movement becomes school and school becomes mannerism finds parallels in pretty much all the American arts, particularly—at least for those of us who think about this subject every day with increasing paranoia—in contemporary literature. Those of who have complained that the New Yorker short story is a form increasingly adaptable to Mad Libs, take note.

You didn’t think I’d live you on a dry elegy for modern art, did you? That’s no way to start your weekend: you want the visceral pleasures, like beer and bold political statements and palate-twisting accents. Fortunately, Dale Peterson is still making videos. He may have lost the Ag Commissioner election, but he’s a little older, a little wiser, and he’s also had the elements that made his first campaign ad a viral video carefully explained to him. Let it never be said that Dale Peterson is incapable of self-parody. You probably shouldn’t say that around him, though, lest he take it the wrong way. Props to Dan Scholl for the link: