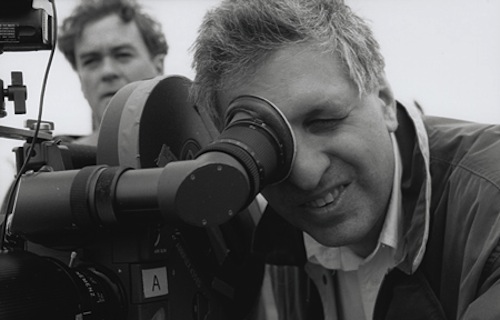 Documentary filmmaker and all-around dope human being Errol Morris has a semi-regular column for the New York Times, in which he discusses “the influences and use of photography.” One of the uses of photography is to provide subject matter for essays I don’t read, for possibly the same reason that I am not interested in sculptures about songs. Yesterday, though, he got me. Morris describes a man who came under the impression that rubbing lemon juice on your face makes it invisible to cameras. Armed with this knowledge, he robbed two banks in Pittsburgh, his eyes and skin burning, only to be identified from security footage and apprehended. The man, Morris opines, was the victim of a kind of anosognosia—in this case the failure, caused by stupidity, to recognize one’s own stupidity.

Kurt Vonnegut once wrote that “the problem with stupid assholes is that they’re so stupid they don’t believe there’s such a thing as smart.”*

It turns out Vonnegut’s assessment has been experimentally verified. Researches at Cornell University have identified the Dunning-Kruger Effect, by which our incompetence at certain tasks weakens not only our ability to perform those tasks, but also our ability to realize we’re making mistakes at all. Like all the best neurological studies, the Dunning-Kruger Effect doesn’t necessarily tell us something we didn’t know—it doesn’t address a known unknown, as Morris would have it—but it does capture something fundamental about the nature of knowledge.

Consider the milk/prowler distinction in the previous paragraph. What we’re really talking about here is the difference between knowledge and information. Morris cites as an example of a known unknown the melting point of beryllium; he does not know what it is, but he’s aware that it exists and he can probably find it out. The day my milk expires is a similar piece of information. The knowledge components of these entities are really “beryllium melts at a specific temperature” and “the milk goes bad on a certain day.” The information is adjectival, if you will, and has no meaning as the disembodied factoids “June 10” and “1551 Kelvin.”

The man in my closet is a different animal. Where I know the basics of the Milk Cycle even if I don’t know the particular schedule on which it will play itself out, the man in the closet surprises me not with the features of his face but with his very existence. He is in this sense an unknown unknown, but he is also a somewhat misleading example. The man in my closet is conscious, and therefore conscious of his own existence even when I am not. In what sense he “exists” is not in question; he is that consciousness that is consciousness of itself, objectively existing in my closet and thinking about knives and thousands of hours of Miley Cyrus videos or whatever.

Not so with all unknown unknowns. Morris draws attention to this problem late in his column, when he considers examples of mediocrity. “The run-of-the-mill lawyer fails to recognize the winning legal argument that is out there,” he writes. But in what sense is the winning argument “out there?” Where the melting point of an element seems like a real and independent unit of fact, the legal argument does not exist until someone articulates it. While it’s tempting to think that every case has a best argument—and every group of characters has a best play, and every tree has a best poem—the manner in which such things and even the notion of “best” can exist without people to construct and witness them is highly questionable. Is the socialist-realist mural Ke$ha would paint if only she were much, much better at painting an unknown unknown, or is it not out there at all?

The contradiction implicit in Morris’s pleasing theory of unknown unknowns is that they only take existence when someone knows them. In the same way that my urinating standing up does not violate the rules of space hockey, units of knowledge that are unknown by definition do not exist. The problem, of course, comes when well-defined, existing knowledge becomes an unknown unknown to some people, as in the case of the Lemon Juice Bandit. The distance between the known unknowns and what should be known—whether fact or limitation—remains staggering. As Morris demonstrates, it’s also perversely fun to think about.