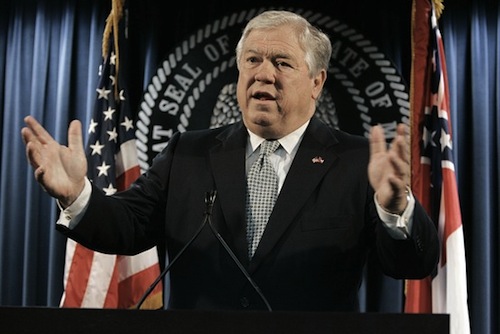 I don’t know if you heard this, but BP poured like 80 millions gallons of crude oil into the Gulf of Mexico. If you’re coming to this news for the first time, I’m sorry to alarm you, but so far nobody really knows how to stop that. The Deepwater Horizons well has been gushing pretty much uncontrollably for the last sixty-some days, despite a series of comically simple-sounding and horrifically complicated-actually-doing attempts by BP to plug the damn hole. At this point, our options seem to be to A) continue trying, even though everything we’ve tried has failed or B) give up. It should be noted that Option A has thus far yielded the same results one might reasonably expect from Option B. Maybe—just maybe, it’s starting to kind of look like, although of course none of us wants to think this way—all the oil that is under the Gulf of Mexico is just going to flow into the Gulf of Mexico, killing if not everything then most things. The key, under such circumstances, is to not lose hope—to keep trying no matter how difficult the trial, since to do otherwise is to guarantee the failure whose prospect so daunts us in the first place. Enter the Louisiana state legislature.

Last week, lawmakers in the nation’s 45th most-literate state unanimously passed this resolution declaring Sunday a statewide day of prayer. The purpose of the legislation, by which a state government officially instructs its citizenry not only to pray but to pray on a particular subject, was presumably to attract sufficient attention from Almighty God that he would fuse the Deepwater Horizons well with a thunderbolt or something, thus resolving “a crisis that remains unaffected by the efforts of mortal man.” It didn’t work.

The Louisiana declaration, citing the historical value of “private, public, and corporate prayer” and claiming that “prayers woven together through common effort can themselves become an awesome and powerful force” would therefore appear to be wrong. Surely, legislators expected the BP leak to close on Sunday. They said praying was an awesome and powerful force right in the state law that they passed, and they must have believed it when they took the extraordinary step, as a duly-elected government with the full force of law, of instructing the general citizenry to pray on a specific topic. Seeing that the spill is still spilling today must be a crushing blow to them. Because if it isn’t, they are despicably cynical people.

Let us say that we are all legislators in the state of Louisiana. Between 80 and 250 million gallons of oil have poured into the ocean bordering our state, threatening both our environment and our economy. Private industry, which was the cause of the spill, has thus far proven itself unable to do anything about it. The federal government, of which we were frankly pretty critical already, has similarly shown deuces. We all agree on these circumstances, but we probably do not agree on the extent of our abilities. Given this situation, we are likely to arrive at one of two conclusions:

1) We have to do something,

2) We have to appear to be doing something,

…with the opinion of our body split between the two. When the state legislators of Louisiana declared a day of prayer to stop the BP oil spill, they had one of these objectives in mind. Chances are some of them felt strongly for Option 1 and others, who hopefully arrived at the position reluctantly, felt the situation was best salvaged with Option 2. It just so happened that prayer satisfied both courses of action.

Or at least it seemed that way before Sunday. Now, Lousiana’s day of prayer has indisputably not stopped the Gulf leak. We are still just as hosed as we were before we prayed. Maybe that’s because not enough people did it. Maybe it’s because the lord works in mysterious ways, and the leak is right now keeping Godzilla sufficiently drowsy that he does not emerge from the Gulf of Mexico and rule for a thousand years. Maybe it’s because there is no god, and the power of prayer is the power of hope minus responsibility. We do not know.

It should be noted that one clause of Louisiana State Senate Resolution No. 145 had no verbs in it. Writing tutors in the Combat! blog readership will know that missing verbs are usually a sign of missing ideas—the grammatical difference, if you will, between a notion and a statement, or a sense and a plan. It’s odd, because the only clause in this Resolution without a verb seems like the most important one:

WHEREAS, a day of unified, intercessory prayer, by and for those people living throughout the regions around the Gulf of Mexico, to pray for an end to this environmental emergency, sparing us all from the destruction of both culture and livelihood;

That is how a misguided faith can be dangerous. When the circumstances of our lives call absolutely for action, it gives us the option to do nothing. The only thing worse than a misguided faith is a misguided faith held only by some. The actions of the state legislature of Louisiana last week force us to decide whether the body is defined primarily by ignorance or by cynicism. That the legislation itself is so unremarkable is a testament to the power of faith in our time.