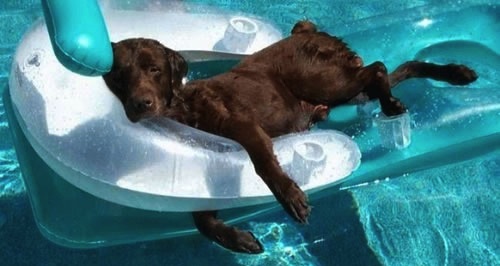 It’s Friday, and Combat! blog is sweating up the futon in Aaron Galbraith’s palatial Manhattan apartment. Everyone in this city is beautiful and lazy, and by “everyone” I mean everyone but me in the first case and everyone especially me in the second. Today’s links are therefore very half-assed—like 49% assed—but they also inspire a certain satisfaction. That’s the key element of lazy, after all: the sense that despite your inaction, you are still doing basically okay, particularly compared to other people. In this case, the other people are mostly residents of the Middle East, plus one writer with a major depressive disorder. Don’t worry—it’s not me. I’m super good. I’m just gonna lie here a moment longer.

Remember that uprising in Libya that was going to depose the world’s longest-running dictator? Yeah, it turns out the Qaddafis know clinging to power the way the Colonel knows chicken. I mean the genial corporate logo colonel, not the vaguely insane dictator colonel. The latter’s son announced that he and his family have allied with Islamic extremists among the Libyan rebels, in what can only be described as a baffling tactical maneuver. Maybe the Qaddafis are telling State that the cure for them is worse than the disease. Maybe they don’t care whether they despotically rule a secular state or an oppressively religious one. Or maybe they’re just totally crazy and have somehow come into possession of tanks. It’s kind of fun to think about from a great, great distance.

Less fun but equally baffling is this report about two teenage lovers in Afghanistan who recently escaped a lynch mob and now await trial for, as near as I can tell, dating. Halima Mohammedi and Rafi Mohammed met in an ice cream factory and went out a couple of times. They are of different ethnicities and were not the object of an arranged marriage, so obviously they were a threat to their entire village. Mohammedi’s uncle visited her in jail to explain that he would kill her when she got out, and Mohammed’s father feels similarly. “What we would ask is that the government should kill both of them,” he told the Times. Also upset is the father of a man killed in the riot that erupted when Mohammedi and Mohammed were seen riding together in a car. Here I quote the Times report: “Family members of the man killed in the riot sent word to Ms. Mohammedi that she bears the blame for his death. But they offered her an out: Marry one of their other sons, and her debt would be paid.”

This is the country to which we have decided to bring democracy. Of course that war is basically over now, as any person who basically follows the news will tell you. Obama has pledged to withdraw 30,000 troops by December 2012, which sounds great until you look at this graph. But hey, maybe 65,000 Virginia farm boys is what it costs to bring representative democracy to a region that has not been successfully governed in 3,000 years and erupts into homicidal rioting when teenagers hold hands. Also opium—they’re really good at making opium.

Meanwhile, in a country with more than one book, Adam Kirsch has produced this long attempt at a totalizing theory of David Foster Wallace. Those of us who prefer the digressive style in American letters dig DFW, although we also must admit his limitations. First of all: worst hair/headshot style of any writer since Schopenhauer. Second, his jokey symbolizing borrows one of the most unfortunate traits of postmodernism, to create plots that are as painfully unfunny as Thomas Pynchon’s. But man, the prose. Wallace is as funny in a sentence as he is rickety in a narrative arc, which is probably why I prefer his nonfiction. Kirsch, somewhat counterintuitively, argues that Wallace’s defining characteristic is his sincerity. I would say it’s his honesty. Those of you who for some reason would like to understand my personality would do well to note that I do not consider the two words synonyms.