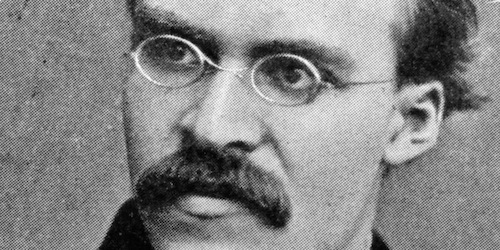 I’m not saying I’m a genius continental philosopher, but I also have a mustache.

Nietzsche wrote that a great idea in the hands of common people will become itself common. I’m paraphrasing, here. Thanks to the internet, the common people have access to more great ideas than ever before, or perhaps the same number of great ideas plus several hundred million shitty ones. It’s hard to tell, in this brave new world, which is which. Once an idea like umadbro? is embraced as clever by hundreds of thousands, who’s to say that it isn’t great? Anyone of discernment or even interiority, that’s who. Today is Friday, and the common people are full of ideas. Won’t you smugly disdain them with me?

First, a call to the rigorous standards of the past: Will Leitch insists that it is not okay to be shitty, even if you are doing it for money. You think he is stating the obvious, but what’s obvious by the end of his screed is how far we have drifted from that idea. Leitch’s test case is Pete Wells, the reviewer who savaged Guy Fieri’s American Kitchen and Bar, only to be upbraided for bringing critical standards to bear on a tourist restaurant in Times Square. It’s a tourist restaurant in the middle of New York designed to serve as many people as possible—of course it’s going to be awful. Think how often you reason that popular anything is necessarily mediocre, and consider how an entire culture thinking that way consigns itself to failure.

There’s only one way to reverse the decline: force high school students to take loyalty oaths to the US Constitution. That’s the plan currently under consideration by the Arizona state legislature, which would make the oath a requirement to graduate from high school. I had to take driver’s ed to graduate high school, and even that seemed potentially unfair. Imagine if a generation of Arizonans could be made to bring the same cynical disdain to sworn oaths that I brought to driver’s ed. You’d wind up with a patriotic utopia, I bet.

Speaking of patriotic utopias, look how many Fox News personalities resemble Kids In the Hall characters: 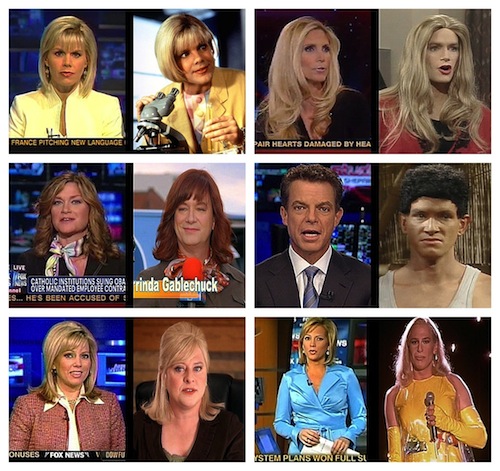 That is a much nicer observation than “look how many Fox News personalities resemble men in drag.” I’m still a big Klemptorr fan.

Probably it’s because I’m unhappy with the choices I’ve made but don’t feel sufficiently willing or able to change them. That’s a version of the clinical diagnosis Marty Klein offers as an alternative to sex addiction, a concept he regards as dumb and hurtful. Besides some piquant observations about the role of voyeuristic schadenfreude in many such cases, he points out that the treatment goals for sex addiction are suspiciously different from those of, say, alcoholism. Alcoholics don’t try to reach the point where they’re only drinking domestic beer twice a week with their spouses.

But sex addiction is a mental illness, and we all know that a mental illness excuses anything. That may or may not be the scam Royce White is running in this weird and fascinating interview with Chuck Klosterman. A standout player at ISU, White’s contract with the Rockets is hampered by his refusal to travel by plane or even play unless he has been cleared by a personal psychiatrist. Maybe he’s a pioneer for better treatment of anxiety disorders, or maybe he’s just lazy. Props to Fletch Dogg and the Cure for the link.

Fletch Dogg and the Cure would be a great name for a band, were it not already basically the names of two bands. We will have to content ourselves with this Dizzee Rascal video sent to us by Ben Gabriel.