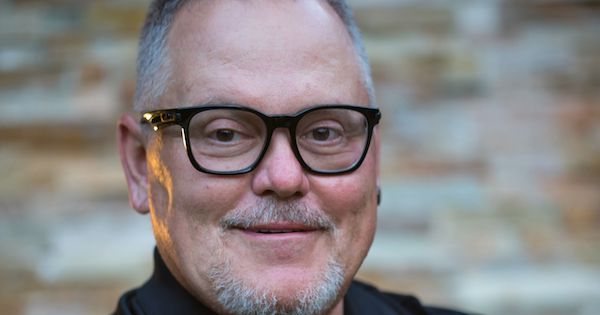 A different photo of Bob Parsons

As our pageload times will attest, Combat! blog is hosted by GoDaddy, the world’s largest domain registration and webhosting corporation. I settled on GoDaddy after an exhaustive process in which I researched literally threes of hosting companies and went with the lowest bidder. If you choose GoDaddy, you’ll know where your $4.95 a month went. Their WordPress servers are notoriously slow, and I am routinely locked out of the administrative side of Combat! for hours at a time. Also, CEO Bob Parsons appears to be maybe not a great guy. I don’t know if you’ve detected this, but a lot of GoDaddy commercials have vaguely sexist overtones.

It’s subtle, but I think that commercial might objectify women. In its haste to show the various states of boobs, it neglects such presumably important marketing elements as an explanation of what GoDaddy is.*

It also contains exactly two gags: in the first, Kenny Loggins becomes so distracted that he pours water on his harridan wife—note that only some women become sexier when this happens—and in the second, the GoDaddy lady slips off the hood of the car.

The spell is broken! It’s unclear how much influence Parsons has on GoDaddy’s advertising, but someone at the company understands how absurdly chauvinist its commercials are. GoDaddy routinely touts its ads as being “banned”—particularly from the Super Bowl—and their tone partakes of that kind of irony that lets you do the thing you’re ironizing anyway. Those of you who know me know that I support virtually any despicable expression you can think of, provided its funny. Besides being relentlessly not funny, the jokes in these ads have one common element: they undercut the objectification of pretty women by humiliating them, either by slapstick or by making them subordinate their personal scruples to the vast wealth of the GoDaddy corporation.

They’re hilarious, is what I’m saying. At the risk of fighting sexism with sexism, I’m also going to say that there is some demographic calculus at work here, since the majority of people who purchase web hosting for blogs and small-scale entrepreneurial sites are probably dudes. Yet part of GoDaddy’s peculiar marketing scheme seems attributable to Parsons, who is perhaps the nation’s most brolific millionaire. In my quest to determine what might be wrong with him, I came across this video of him shooting an elephant. Warning: graphic images of people gutting an elephant.

First of all, ace rhetorical manipulation in the beginning; now that I know the elephant has trampled a ten-foot radius of sorghum, I can’t wait for a rich guy to shoot it. Second, could there be any cleaner distillation of what’s wrong with world socio-economics than the sight of dozens of African villagers pushing one another aside to cut off a piece of the animal an American CEO killed for sport? I appreciate Parsons’s commitment to feeding/videotaping these people, but there is surely a more efficient way to protect sorghum and hungry Africans than ambushing elephants and leaving their corpses out until dawn. That method of hunting is called baiting, by the way.

By all indications, Parsons is a master baiter. Like the perfunctory winks in his commercials, his rationalization of his safari is the thin cover that packages what he’s really selling. Parsons’s public image is that of the corporate bad boy, the earringed, leather jacketed millionaire who loves broads, rifles and Unix, just like you do. Given GoDaddy’s target audience of startup websites, bloggers, and other internet entrepreneurs, it’s probably a good brand strategy. It’s also the exact marketing approach I claim to hate. Yet here I am, writing about it on a GoDaddy website.

There are two reasons for that. One, I am a stunningly hypocritical person, and two, they got me with the price. If we combine these explanations, we can assess the exact monetary value of my integrity. I could get comparable WordPress hosting from A Small Orange—which eschews Danica Patrick in favor of a gender-neutral orange—for ten dollars a month. That brings the difference between my interest in money and my interest in not supporting the objectification of women/assassination of land mammals to $5.05 monthly. If we factor in the one-time cost of how long it would take me to switch hosts at my hourly freelance rate, we’re looking at maybe $180 on the year.

Here, then, is how cheaply my scruples can be bought, since as of this writing I have done nothing. I will add this $180 to the cost of my foreign-made running shoes and my Exxon-produced gasoline, and the myriad other things I financially support and socially decry. I don’t know how much my grand total is, but I bet it’s less than what Danica Patrick got.