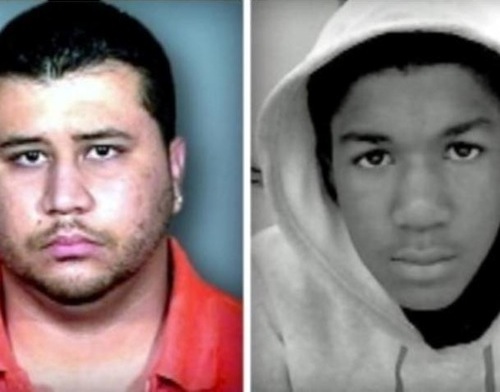 Yesterday, the New York Times ran this article about the description George Zimmerman gave to police of what happened just before he shot Trayvon Martin. Not surprisingly, Zimmerman’s version is a desperate act of self-defense. He claims that he returned to his SUV after he lost Martin and was struck from behind, after which Martin “began slamming his head into the sidewalk.” My response to this news was I’ll bet he said that. I have already decided that George Zimmerman is not a reliable witness in the case of his own shooting of an unarmed black kid, which is A) understandable and B) a huge problem, given that I have no way of knowing what actually happened.

Before we go any further, I think we should establish the spectrum of possibilities that we’re working with, here. Best-case scenario—by which I mean most-innocent-case scenario—Zimmerman pursued an unarmed minor against the explicit instructions of police while carrying a gun and got beaten up. He did so in his self-appointed capacity as neighborhood watchman. I don’t care if Trayvon Martin rose up into the air and began lashing at him with his scorpion tail; Zimmerman loaded his gun that night and literally went out looking for trouble. If what he says is true, he picked a fight and then killed his opponent. The difference between the prevailing narrative up to this point and Zimmerman’s account is the difference between murder and manslaughter—childslaughter, in this case.

That being said, I have no way of discerning which account is true. The information I have about the shooting of Trayvon Martin isn’t even information; it’s news, and it reaches me through several warped lenses. I can’t even base my understanding of events on the conflicting descriptions of multiple witnesses who half-saw a flurry of events in the dark. I get descriptions of those descriptions, and I get them from sources that are themselves questionably committed to the truth.

Yet I have no problem deciding who is lying and who is telling the truth. Zimmerman is lying, in my completely uninformed and committed assessment, and the unattributed collective narrative that Martin was walking along with a bag of Skittles when Zimmerman chased him down and shot him is telling the truth. Partly, this belief is based on the few incontrovertible facts reported to me: the unarmed child is dead, and the much larger adult with the gun who called police to say he was following the child shot him. Again, the range of possible events is only so wide. But even within that range, I feel confident saying that some of the quote-unquote facts delivered to me are not true, and that certain versions of the story are willfully distorted.

I am not alone in this thinking, either. Considering Geraldo Rivera’s absurd claim that “the hoodie is as much responsible for Trayvon Martin’s death…as George Zimmerman was,” plenty of other people see the details of this story through the lens of their own assumptions, too. What’s worse is that the sides are picked exactly as you would expect them to be. Fox News and vaguely racist conservative blogs believe the guy with the gun. Huffington Post and Al Sharpton believe the dead black child. I believe the dead black child, probably in part because all these people I regard as awful have come out against him.

In this way, the shooting of Trayvon Martin becomes not a series of events but a system of symbols. When Sean Hannity quotes an anonymous source who says he witnessed Martin beating Zimmerman, he confirms exactly what I think of him as a journalist and a cultural entity. When Al Sharpton flies to Florida to lead a rally for Martin that he subsequently covers on his MSNBC show, he confirms what people think of him. The question of whom to believe in all these conflicting accounts is therefore replaced by a much easier question: what do you think of these people?

I think these people are assholes like the rest of us. We may regard the shooting of Trayvon Martin as a referendum on race or handguns or mainstream media bias, but really it was a crime. An adult shot a child for reasons we cannot reliably determine. Probably what happened means something, but what it means is determining our understanding of what happened. There is no solid ground in that system of reasoning. We all know what happened to Trayvon Martin, because we all know how everything in this country works. It’s the same way George Zimmerman knew he was up to something.