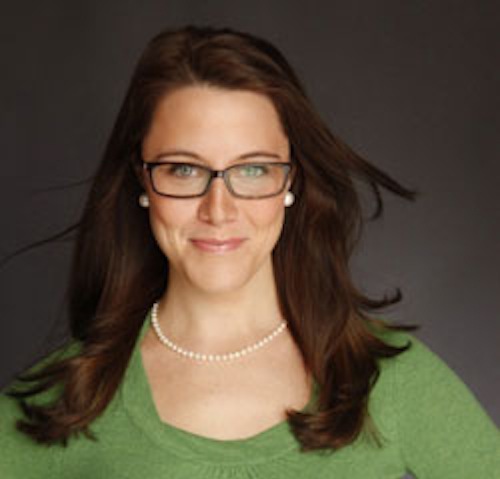 "Are you sure we should take the picture right now? It seems kind of windy."

In addition to being every woman I told myself I should just go over and talk to, SE Cupp is also a mystery. She’s a professed atheist who has written a book called Losing Our Religion: The Liberal Media’s Attack on Christianity. She’s just completed a master’s degree in religious studies at Columbia, and also just asserted her nonbelief on Bill Maher fifty times. [Warning: Maher at his most irritating.] She did the same thing with Sean Hannity, who insisted that she was actually an agnostic.*

In an interview with the Daily Beast, she told Benyamin Cohen that ““I knew at a very young age that I didn’t really buy the whole God gamut.” She also told him that as a child she wanted to be a nun. Her columns for the NY Daily News—in which she argues that President Obama has not effectively wielded the power of fear and that we shouldn’t clean up the BP oil spill—suggest that she might simply be a contrarian. Yet she has built her career on aggressively upholding traditional beliefs. Let us not forget, when she argues that the news media naturally attack Christianity because “liberalism and secularism are the standards and anything that crops up against that are the exceptions,” that she is talking about a religion professed by nearly 80% of Americans.

That telling statistic, combined with the, um, provocative title of her book and her claim that “I never have any idea how my opinions will be received, and more often than not I’m surprised when anything I say is controversial,” suggest another explanation: she’s a huckster. Few pundits have gone broke in recent years telling conservative Christian Americans that they’re an oppressed minority. For an atheist, she seems enormously concerned about creeping secularism in our country, which amounts to the fear that people will come around to her way of thinking. Two elements seem to characterize an SE Cupp media appearance: repeated avowals of nonbelief and praise for Christianity. “With God,” she told Cohen, “you have a partner in life all the time regardless of the trials and tribulations. You have something that is constantly challenging you to be better.” She was explaining why she envies people of faith, but she might as well have been reading from a subway pamphlet.

Does an atheist really think like that? If she thinks that belief, whether correct or not, is both a wonderful personal experience and a vital public good, why is nonbelief such a significant part of her persona? It’s worth noting, here, that Cupp’s argument in favor of the beneficent power of religion—even mistaken religion—isn’t nondenominational. For an atheist, she’s surprisingly sectarian. While Christianity constantly challenges us to be better, Islam, for example, is bloodthirsty as hell. In “Jihadism doesn’t want converts – it wants scalps,” she reminds us of the days when “religious fanatics like Umar Farouk Abdulmutallab wouldn’t have simply tried to blow us up. First, they would have given us the chance to convert to Islam.” It’s a fine bit of historical prejudice, invoking the forcible conversion of Coptic Egyptians and the massacre at Otranto to contrast the terrorist Islam of today with the conventionally warlike Islam of yesteryear. “Over centuries of Islamic marauding,” Cupp observes, “the goal of holy war wasn’t to conquer land or exterminate nonbelievers; it was to swell Islamic numbers.”

So SE Cupp is an atheist with a religious studies master’s who thinks historical Christianity is pretty great and historical Islam is pretty terrible. She also regards evolution as a social issue. In Losing Our Religion, as quoted in the Washington Post, she writes that “The debate over the legitimacy of evolution isn’t really about a battle between fact and fiction. It’s about Christianity, and the liberal media’s attempt to eradicate it from all corners of society.” As an atheist, Cupp presumably considers the question of whether god exists a battle between fact and fiction. She has no reason to consider the Genesis story a factual explanation of the origins of life, yet she describes creationism as a “counterargument” to evolution. As she puts it, it deserves to be taught in schools because “half the American population believes it.”

This sort of reasoning from a self-professed atheist is depressing in the extreme. Surely, god will not come into existence because the overwhelming majority of the world believes in him. The fossil record will probably not be voted out of ontology either. My objection, though, is to her other insistence: that creationism is not a “conspiracy theory.” Coming from a woman whose book is subtitled “The Liberal Media’s Attack on Christianity,” such rhetoric is disingenuous—yet another instance of two ideas, one Cupp.*

Whether she believes in them or not, SE Cupp recognizes the power of such theories to move people. Her willingness to argue for so many ideas in which she does not personally believe, on the grounds that a lot of people already agree with her, is a disturbing pattern of thought. I’m having a hard time coming up with a charitable explanation for it, but I’m sure Ms. Cupp could explain.