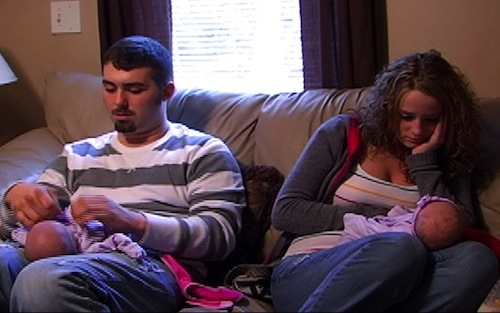 God, I wish you were a phone.

Here in New York, all anyone can talk about is the city’s recent campaign to shame teenagers out of getting pregnant. “Woo!” they say, “St. Patrick’s blleeaarggh!” It’s possible my man-on-the-street survey has been corrupted by outside forces. If the Times is any indication, however, it’s a hot issue. Richard Reeves’s defense of shame as an instrument of social change is compelling, particularly in its citation of how we shamed cigarettes. It seems like a great argument, until you remember that teenagers don’t get pregnant because they think it’s cool. Pregnancy is to smoking as having sex is to catching on fire. If we’re wondering what to do about teen pregnancy, perhaps we might consider a more reliable approach: abortion.

Unlike gradually making young mothers feel so uncool that teenagers stop having unprotected sex, abortion immediately obviates most of the metrics that make teen pregnancy such a problem. After an abortion, the odds that a teenager’s child will receive inadequate nutrition, drop out of high school or become the victim of neglect or abuse go right back to the baseline. Ah, you say, combining your effete British person voice and your church person voice, but the child ceases to exist. That’s hardly a solution. To which I reply:

If you subscribe to item (2), a point I am inclined to disagree with but also acknowledge could well be true, I direct you to Judith Jarvis Thomson and her spectacular defense of abortion. It is the best essay on the subject I have ever read. It should also keep you busy while I go about my Gothamry, which continues apace. So happy Monday, you guys, and vivan las aborciones. Or diminuan la pregnancia por shame—whichever.