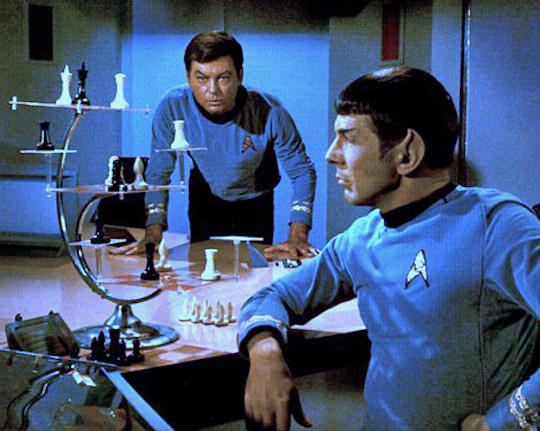 I’ve spent the last several hours writing blurbs for the Indy’s upcoming Best of Missoula issue, and boy are my arms…glib. Remember yesterday, when I said there would be Friday links? I’ve got some bad news, champ. Fortunately for us, the president is refreshing the news cycle so rapidly there’s no time to look back on the week that was. This morning, he took to Twitter for this quasi-official statement: 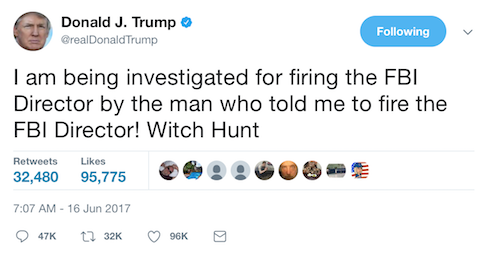 I worry that the bizarre content of this tweet will distract from the bizarre punctuation. The president who has spent the last few weeks trying to get various members of the Department of Justice to say that he is not being investigated is, apparently, being investigated. While attempting to defend himself, he became the first person to reveal that publicly. He also thinks Witch Hunt is a title, like Duck Hunt.

This behavior is very much like that of a character in comedy. First he becomes monomaniacally dedicated to a goal—in this case, getting the word out that he is not under investigation. Then his efforts to pursue that goal bring about the opposite result—in this case, telling the world that he is under investigation. It’s times like this I’m glad there’s nothing funny about his speech patterns, or the president would seem ridiculous.

Or perhaps this is a genius gambit! Maybe, at the moment when it most appears that Trump doesn’t want people to think he is being investigated, he tells everyone he is being investigated to deprive his enemies of the opportunity to tell us themselves. It is a plan fiendish in its intricacies. Surely it is the work of a mastermind—the kind of mastermind who uses his inherited wealth to rise to the presidency and then, like a phoenix, fails at literally everything else he attempts.1 You’ve fooled us again, President Trump. We almost thought you were incompetent, for a second.