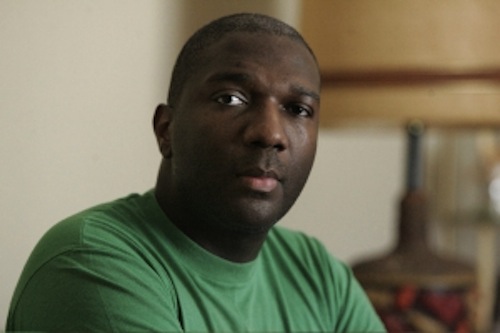 Did an alarm bell go off there? When a guy playing in the YMCA ping pong tournament changes into a sheep, it’s a baffling turn of events, but when you find out his opponent is Mr. Mxyzptlk, explanations begin to suggest themselves. As Wil Haygood observes in the Washington Post, a lot of people had never heard of Greene before he won the nomination. His landslide win in an election in which he made no discernible effort to tell the electorate who he was has led Rep. James Clyburn (D–S.C) to call him “somebody’s plant.” Lest you think that Greene is just an exceptionally savvy operator who upended the South Carolina Democratic establishment through his own ingenuity, I invite you to peruse this interview:

Alvin Greene does not seem like a man who skillfully manipulates others. Perhaps that is his game, and he is in fact on some extraordinarily next-level manipulation shit, but it is difficult to reconcile the man who allegedly showed an 18 year-old stranger a picture of sex before suggesting they retire to her boudoir with the man whose “old-fashioned campaigning” earned him a 60-40 win over a four-term state representative. All of Greene’s video interviews look like this. He speaks in monotone, repeats himself, takes long pauses in unexpected places and lunges into campaign slogans like he’s reached the edge of the pool. These are characteristics that we have learned to associate with a certain type of person, and that person does not often win Senate primaries.

“If this is a joke,” SC state Rep. Todd Rutherford told Newsweek, “he doesn’t get it, so it’s not funny.” If Alvin Greene is not a joke, he’s not very funny, either. While Greene is a veteran of at least two branches of the military, he was involuntarily (though honorably) discharged from both, and in the same Newsweek article one of his fellow servicemen says he was “not even qualified to do basic labor duties.” Those who question the legitimacy of his candidacy ask where Greene, who collects unemployment benefits of just over $1,100 a month, got the $10,440 filing fee necessary to enter the race—or, for that matter, why a man who was driving to the USC campus to look at pornography on the internet didn’t use at least some of his money to buy a computer.

One answer is that somebody gave it to him, and that’s terrifying. More terrifying, though, is the possibility that Alvin Greene dreamed of running for Senate, spent his life savings on it, and—now that he’s succeeding beyond what anyone could have expected—we’re all going to pillory him for it. As Wil Haygood points out in his Post column, Greene’s name was at the top of the ballot. It’s depressing but also plausible that thousands of South Carolina Democrats, not recognizing either name, simply checked the first one. If that’s what happened, Greene has taken the first step toward A) realizing his dream and B) becoming the victim of an existential tragedy.

Ruling out his own ingenuity, Greene won the primary through the most absurd means imaginable. His plan was to sign up for the elections, spend no money and hope he wins, and so far it’s working. If he is not a fraud, he will shortly have to confront the fact that his speech, behavior and demeanor make people assume that he could never be responsible for his own success. In a just world, Alvin Greene would not be facing Jim DeMint in November. In a decent world, we would look for a more charitable way to explain why he is. It seems like a bad idea to make Alvin Greene a Senator, but barring that we should still be careful what we make of him.