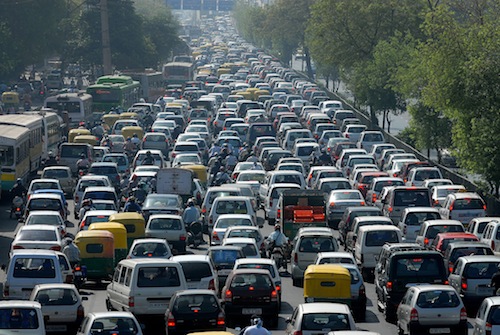 What a cold bath is July 5th. (Except for Mom. Happy birthday, Mom!) I spent all day yesterday lounging about a lake and drinking Coronas, arguably the most American beer. Freedom seemed another word for nothing left to do, and America seemed poised in the catbird seat of history. Just one day later I am back to work, and the catbird seats seems more like a chair with an actual cat and a bird in it—in a word, discomfiting. Today is Friday, and reality intrudes. Won’t you pause to remember the fireworks, then return to packing your child’s finger in ice with me?

Remember when that nerd spy told us how the government was monitoring our phone calls and then disappeared? Isolate how you feel about that, then comparing it to how you feel about the post office photographing  your mail. Leslie James Pickering learned he was the subject of a mail cover when his mailman accidentally delivered to his house the card instructing postal workers to show all his mail to a supervisor for documentation. Now we have MICT, which operatively applied a mail cover to everyone in the United States. Is this disturbing news? Yes. It is also vaguely comical in light of cell phone and email surveillance? Yup. Now the federal government knows I pay my rent and, one time, my mother sent a postcard from France.

Much like the NSA, MICT collects only metadata. And what could the government learn about our personal lives from that? Miracle Mike Sebba sent me this link to the amazing Immersion, an MIT project that takes uses metadata from your Gmail account to show you pretty much all of your business, social and family networks. There’s a bit of a wait, but mine was worth it. It’s weird that I posted a map of my personal contacts to my blog, isn’t it? Now show that information about your own life to a lady who works at the DMV.

I guess by “show” I mean “do nothing while other people look.” It doesn’t take much to get a federal employee to read your Twitter feed. All you really need to do is talk about your workout routine on Facebook. “Exercise” is one of the many flag words identified in the Analyst’s Desktop Binder, a document that tells DHS employees how to wield their awesome powers of surveillance. Pages 20 and 21 of the Binder offer a list of keywords that will make the government look at you, however briefly, and they range from “agro terror” to “sick.” “My kid is sick” will bring a concerned analyst into your American life. “My kid is sick of agro terror” will probably attract two.

The collision of the theoretical and the real is terrifying. Or it’s weird and kind of funny, as Grantland’s Masked Man reports in his analysis of one of the greatest wrestling shoots of all time. Props to Ben al-Fowlkes for the link. A shoot is a pro wrestling match that turns into a real fight, or anything real that intrudes on the scripted world of wrestling generally. Example: Antonio Inoke becomes frustrated with the lackadaisical performance of The Great Antonio (no relation) and kicks him into unconsciousness. Also, The Great Antonio was a crazy person, apparently.

Meanwhile, the Chris Weidman hype train hurtles toward Anderson Silvaville, population knockouts. The internet has convinced itself that a Weidman upset is somehow inevitable—so much so that 24 hours before the fight, the question of a rematch is perhaps the most prominent story. If you never watch the UFC, consider watching it this weekend. Silva is probably the greatest mixed martial artist of all time, and certainly the best heavyweight alive. He has never been beaten in the UFC, but he is also aging and eccentric. Something weird is going to happen this weekend, if only because collective internet fantasy has made the most likely outcome—Silva punches Weidman in the head in a way that causes him to lose consciousness—seem weird. Reality intrudes, but it surprises nonetheless. Either that or Weidman will win and I’ll look like a jerk. Surprise!