The author, seated 18 inches from a chemical toilet for the second consecutive flight

Yesterday, I flew from Missoula to Des Moines on United Airlines. My ticket cost just over $1000. I have flown United for the past five Christmases, and they have stranded me overnight six times. I would fly some other airline, but United’s merger with Continental and Delta’s merger with Northwest/KLM means there are only two carriers serving that route, and United is usually cheaper. Their secret to keeping fares low is to take your money in advance and then do whatever.

END_OF_DOCUMENT_TOKEN_TO_BE_REPLACED

You must never touch him.

If you enjoy nuanced philosophical discussions occasionally interrupted by a smugly facile Stanley Fish, you probably already read the New York Times’s Stone blog. I’ve lost you already, haven’t I? How about this: on Sunday, the Times published an opinion piece that contained the sentence “the personal experiment of excluding all moral concepts and language from my thinking, feeling and actions has proved so workable and attractive, I am convinced that anyone who gives it a fair shot would likely find it to his liking.” That’s Joel Marks, writing about his transition from secular ethicist to amoralist and touching on several interesting problems in contemporary discourse. In addition to being the subject of the world’s shortest-range headshot, Marks proposes that faith in an objective morality is no more reasonable than faith in god. He also introduces a spate of unfounded assumptions along the way.

END_OF_DOCUMENT_TOKEN_TO_BE_REPLACED

Today in Slate, Timothy Noah asks, “Was the Times Square bomb the follow-on to 9/11 we’ve all been bracing for?” He’s not being funny, at least not on purpose. To Noah, Faisal Shahzad’s Nissan Pathfinder full of camping gas and fireworks, foiled by a t-shirt vendor when it smoked but did not explode, was the inevitable second strike. The enemy is

extraordinarily subtle. From a list of sketchy connections that includes Shahzad’s claim to have received bomb training in Waziristan* and the arrest of one of his associates at a mosque in Pakistan connected to Jaish-e-Mohammed—”the same al-Qaida affiliate that five young Muslim Americans from Alexandria, Va., contacted in Pakistan this past December”—Noah deduces a global network, presumably biding its time until it could accumulate enough fireworks. “It would appear that a second shoe has dropped,” he writes. Here’s a tip for young journalists hoping to remind America of the omnipresent threat of terrorism: don’t say “shoe.”

END_OF_DOCUMENT_TOKEN_TO_BE_REPLACED 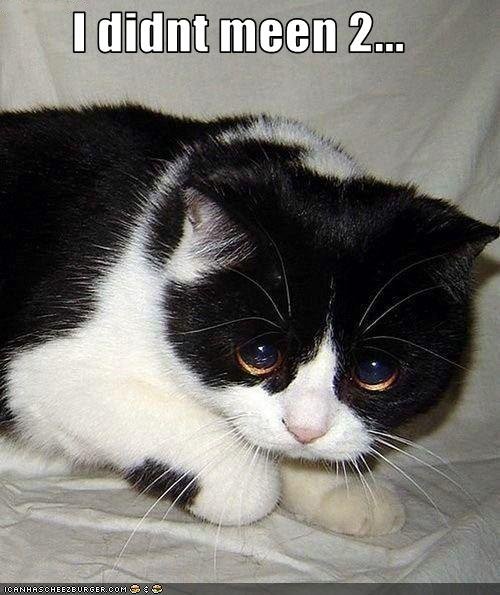 Today's graphic will, you know, not relate to the subject at hand. Although it is probably funnier in that context.

Alert reader/irascible curmudgeon Ben Fowlkes sent me a link to this post over at the feminist blog Shakesville, in which the author lambasts Ricky Gervais. The comedian—whom you probably remember from the original British version of The Office, or from this comedy about a man whose paranoid schizophrenia leads him to become fixated on a woman in his building—recently came under fire in the British press for the following joke:

“I’ve [driven drunk] once and I’m really ashamed of it. It was Christmas—I’d had a couple of drinks and I took the car out. But I learned my lesson. I nearly killed an old lady. In the end I didn’t kill her. In the end, I just raped her.”

First of all, that is not a funny joke. Who can tell when non-John Cleese British people are being funny, though? Bafflingly, the UK press describes it as a “drink-driving joke” and seems to find it objectionable on those grounds—in response to which I refer you to the second sentence of this paragraph. Gervais, in his own defense, says that the turn is “comedically justified” because it addresses the phrase “nearly killed her.” The idea is that rape is less bad than murder, kind of, and the sudden recontextualization of the “nearly killed her”—from hyperbolic expression to literal statement—is funny. Explanations like these are why you shouldn’t talk during comedy or sex, but that’s beside the point. Gervais argues that it’s not a rape joke, which is a difficult position to maintain when you compare the joke with other jokes that do not contain the word “rape.” Shakesville blogger Melissa McEwan argues that the joke is unfunny—in fact, unacceptable—because it’s about rape. I contend that Gervais’s joke isn’t funny, not because it’s about rape, but because it’s not funny. So in fact the subject of today’s blog is that rape isn’t funny, which is why it’s such a good subject for jokes. Gotcha!