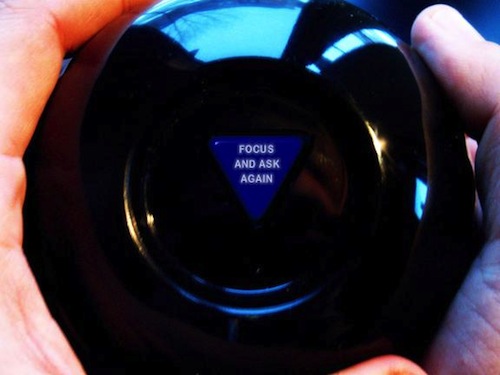 Now that the election is over, those of us who try to discern the future via myopic readings of news events—as opposed to via objective analysis of quantitative data, like a jerk—have to find something new to conjecture about. Fortunately, by which I mean to our grave misfortune, there’s that fiscal cliff. If Congress does not reach a deficit-reduction agreement by the end of the month, it will trigger massive automatic cuts to domestic and military spending that coincide with the expiration of temporary tax cuts to wreck our economy. Or Congress can decide that won’t happen, since they’re the ones who put the sequester in place to begin with, but we’re going to pretend that’s not an option. They need to make a deal. What that deal might look like has gotten a little clearer, maybe, depending on how you read this.

There is our brave second-term president, his career charging forward like the bus in Speed, knowing that no matter what happens it will eventually blow up. He has nothing to lose now, unless you consider the possibility that he will make some sort of mistake that ruins the country. It’s legacy time, in other words, and one of his first official acts since reelection is to ask Congress to renew the Bush-era tax cuts for the middle class.

In perhaps the most American construction of all time, “middle class” here refers to the bottom 98% of households by income. Extending tax cuts for 98% of the electorate turns out to be a popular idea. Despite their occasional, sinister talk about “broadening the base,” Republicans agree with Democrats on this issue. So why not, the president says slyly, pass that legislation right now?

One reason why not is that it would deprive congressional Republicans of a major advantage: inertia. If we extend tax cuts for 98% of the country now and agree on nothing at the end of the year, the wealthiest 2% of households will see their cuts expire. That is what the president and the Democratic Party want, and so congressional Republicans would—partisan assessment ahead—operatively lose a hostage.

Last year, when we opted for an absurd argument over a routine debt-ceiling increase that literally discredited the United States government, inertia was on the side of the GOP. If nothing happened, all parties to the negotiation would be fudged in their pink little apples, and so the Republican delegation could use its power to halt the process as a means to insist on what it wanted.

This year, if Congress passes a 98% extension before the difficult cliff-averting negotiations begin, inertia favors the Democrats. Nobody wants sequestration, but one party does want to see an increase in taxes on the wealthiest 2% of households. Extending the quote-unquote middle class tax cut now inserts a consolation prize for Democrats in the worst-case scenario.

So we can read President Obama’s move to secure that extension now in one of two ways. Maybe he’s playing for position, incrementally securing his main policy priority now and making inaction less enticing to congressional Republicans. Or he does not think that Congress will reach an agreement by the end of the year; he thinks we’re going over the cliff, and he’s trying to lock down this one thing to soften the landing.

I don’t know which one it is. I don’t know whether Republicans in Congress have learned anything from the mad intransigence of the last two years and the electoral defeat it bought them. They aren’t jumping on the president’s offer—that’s for sure. Whether the true believers who failed to return America to constitutional fundamentalism this year still hold sway over the GOP remains to be seen. Maybe they are willing to destroy the federal government in order to save it. I refer those of you who are not feeling pessimistic yet to Erskine Bowles, co-architect of the Bowles-Simpson plan. “I believe the probability is that we are going over the cliff,” he told the Times, “and I think that will be horrible.”