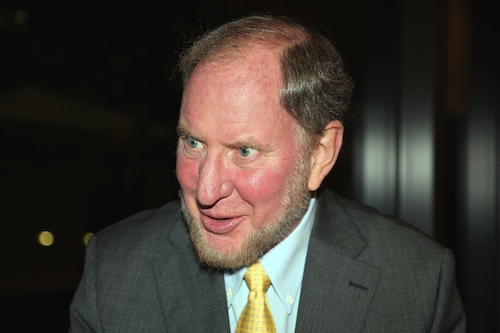 Robert Putnam, author of the unfalsifiable big-think text Bowling Alone, told Maclean’s last week that “America is moving toward a caste society.” His next book is called Our Kids: The American Dream in Crisis, which sounds pretty exciting if you, like me, are obsessed with the question of whether life in America is easier or harder than it was 30 years ago. In this case, “easier” means “more fair.” I think we can agree that in the ideal America, the decisions an individual makes would be more important to the course of her life than the circumstances of her birth. Getting born to two married, upper-class parents is difficult to pull off, and we should probably offer a second chance to the kids who blow this crucial first choice.

The ironic construction of birth circumstances as a choice is pretty much the central conceit of Putnam’s interview. It’s a useful strategy, because obviously no one has any control over who their parents are. Americans’ sense of responsibility pretty much scales with age.

Many of us accept the argument that, for example, food stamps foster a culture of dependency among people who most need to embrace a strong work ethic. But only the coldest monkeyfondlers would argue that free school lunch does the same thing to children. For pretty much the entire history of social welfare programs, the counterargument has been that they discourage individual responsibility. But who wants to inflict individual responsibility on children, who are necessarily not in charge of anything?

Putnam’s argument is that the determining events in Americans’ lives increasingly happen during childhood, when those Americans exercise the least control. Put more abruptly, who your parents are is starting to look more important than what you do.

Consider that 80% of students from upper-income families who score well on the SAT and ACT go on to earn college degrees, while only 44% of students with comparable scores from the bottom income quartile do the same. Since the 1980s, the difference in income between the median college graduate and the median high school graduate has widened from 50% to 80%. Those two facts in combination suggest that kids with poor parents are increasingly likely to grow up to have poor kids themselves.

It’s a social mobility problem, in other words. The thing about social mobility problems is that they tend to replicate themselves at the policy level. As of this session, the majority of US congresspeople are millionaires. I haven’t run the numbers, but I presume that most of them are self-made entrepreneurs and inventors who keenly remember what it was like to struggle through public school with the help of their single mothers. But what will happen in the future?

If most of our elected representatives are millionaires, and most millionaires are the children of wealthy parents, how much incentive will they have to redress social inequality? One of the most pernicious elements of declining social mobility is that it discourages people in power from understanding the lives of people who are struggling.

When you, everyone you went to school with, and everyone you know grew up in comfortable, two-parent homes, the idea that American life plays out on a level field where personal choices determine who wins is much more convincing. Socioeconomic insularity—that is, declining mobility—breeds the perception of equality. The more stratified we become, the more separated we are from anyone who grew up richer or poorer, the more we assume that everyone is like us.

It so happens that the number of millionaires in the United States recently reached a record high. Probably inflation has played a significant part in the proliferation of millionaires in both government and the country at large, but I don’t think it’s the only force at work.

I also don’t think it’s coincidence that during the same 30-year period when millionaires multiplied and social mobility declined, the country swung conservative in taxation and social welfare policies. The self-made millionaire may be inclined to help poor kids and single moms, but the inherited millionaire is more likely to be callous. The gap between rich and poor is a gap in income, but it’s also a gap in awareness, in empathy.

So maybe we should do what Putnam says and throw some of our bomb money toward early childhood education. We’re not stuck with a caste society yet. This country still has a middle class, which knows comfort and fears poverty in maybe the right combination to treat both conditions fairly. We don’t know what an America of millionaires and poor people would look like, but we know that most of us won’t be millionaires. Democracy ought to be able to do something about that.