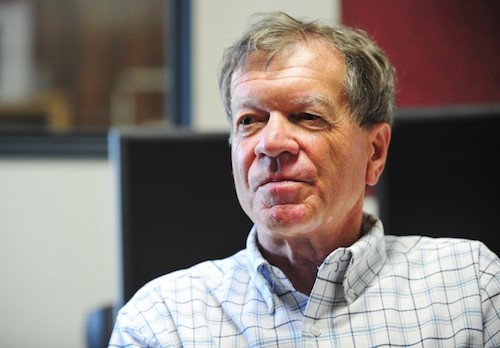 Last week, Republicans in the Montana Senate called an out-of-session meeting of the State Administration and Veterans’ Affairs Committee to figure out what they could do about Jonathan Motl. The Commissioner of Political Practices had just submitted to a district court judge the results of his investigation of Art Wittich, the Senate Majority Leader from Bozeman, who Motl says illegally coordinated with Western Tradition Partnership. You may remember WTP—now called American Tradition Partnership—from this story about a box of incriminating documents found in a Colorado meth house, or this one about how they stopped existing right before a judge fined them $250,000. Or you may be a WTP classicist and remember them from their legal effort to overturn Montana campaign finance laws after Citizens United.

It appears that Wittich remembers them from the time they printed up 13,000 letters with his signature at the bottom. He claims he never coordinated with the super PAC, though, and that Motl is “a partisan hack.” Although the commissioner lacks the power to judge election violations or even bring charges, state senator Dee Brown (R–Hungry Horse) has complained that he is “the jury, the executor, the all-knowing.” Senator Brown was probably thinking of “executioner,” although an executor does implement people’s wills. Maybe the people of Montana should not get rid of their election commissioner immediately after he revealed campaign finance violations committed by the senate majority leader. That’s the gist of my column in the Missoula Independent, which I encourage you to read today instead of a blog post or the Bible. We’ll be back tomorrow with Friday links.