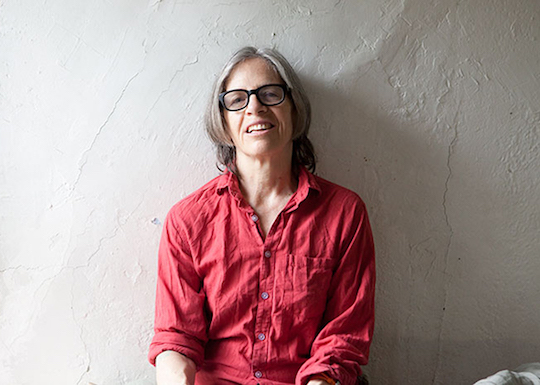 You may have noticed that Combat! blog has gotten later and crappier recently. That’s because I changed my workflow. I generally break my writing day into two-hour slots, with 15-minute breaks between. Combat! used to be the first slot of the day, because it’s an unpaid, non-deadline project and therefore the easiest thing to not do. Now that I’m actively writing prose fiction, though, that’s the easiest thing not to do. So I do it as soon as I wake up, when I am still groggy and mistakenly remember writing as fun, after breakfast but before I do anything else. I used to read the newspaper a little, just to get my brain going, but I changed that policy after I read this interview with Eileen Myles in the New York Times. I quote:

What am I to do with that?

Clearly, Myles does not take a literal approach to this interview. I would describe her attitude as hyperbolic, maybe even self-parodying. For example, when interviewer Ana Marie Cox reminds her of something she said when she ran for president in 1992, Myles says, “I can’t believe I wrote that. That’s fantastic.” Later, when she claims never to have heard Donald Trump’s slogan “make America great again,” she remarks that “nothing I said was forgettable. It was all designed to be remembered.” She seems to have resolved to speak boldly, here and in some of her other public appearances.

In that spirit, she boldly suggests that men stop writing. She says they—we—should stop participating in the arts in general. As a fan of Marcus Garvey and Simone de Beauvoir, I appreciate the spirit behind this kind of remark. If it offends you, consider that men said the same thing about women for between 500 and 6000 years. More importantly, they acted on it. Social, economic, and sometimes legal forces prevented women from writing or participating in other fine arts for centuries. If we forbade men from publishing for the rest of the 21st century, we would begin to almost approach quid pro quo.

Of course, when I read that Myles told the New York Times men should stop writing, I thought, “She doesn’t mean me.”

I don’t write like a man. I write like me. More importantly, the pleasure I take in writing1 so exceeds what I derive from any other aspect of life that I cannot stop doing it. Myles might as well have said, “Men should commit suicide en masse.” I’m not going to quit writing. All other forms of productive labor make me sad and crazy, and my own bearable sanity is more important to me than the trajectory of women or men as classes.

Isn’t that the object of feminism: to make the individual more salient than her gender? Marie Curie was a scientist. Amelia Earhart was a pilot. Eileen Myles is a poet. The problem with society before feminism is that it wanted to reduce all those people to women, and to circumscribe their lives according to what it thought women were, rather than what those particular women could actually do. Feminism is the radical notion that women are people. It is not the insistence that people are either women or men.

The problem with modern society, as Beauvoir observed, is that it treats men as people and women as women. The same forces operate in race; society treats whiteness as the absence of ethnicity, while everyone else is black or Chinese or whatever. It is therefore short-sighted to demand—as opponents of affirmative action or so-called men’s rights activists do—that we treat all races and genders equally. That system cannot be fair when white people have no race and men have no gender.

But I don’t think it’s feminist to simply invert the values of chauvinism. Making “man” a totalizing identity is not going to encourage people to stop thinking of women as just women. The spirit behind Myles’s remark makes sense to me. She had to demand that I subordinate myself to my gender to make me disagree with her.

Maybe that’s the point. After all, it’s what society has done to women for thousands of years. But maybe we can find a better solution than just doing it to somebody else.