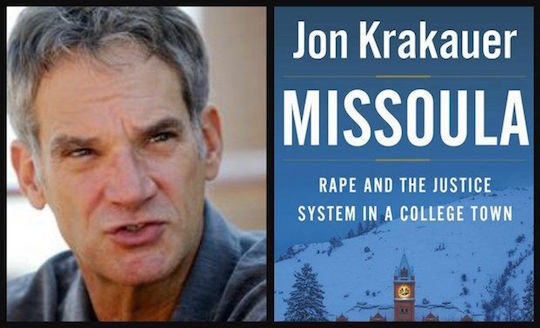 John Krakauer’s Missoula has been out for almost ten days now, and damning reviews keep pouring in from people who haven’t read it. Defense attorney David Paoli’s guest editorial in the Missoulian, “Krakauer’s ‘Missoula’ misses the point,” ran the day before the book was released. Two days later, the same paper quoted a woman who flipped through Krakauer’s book at Hastings and found it “biased.” For a book that has received wall-to-wall coverage in the local press, remarkably few people seem to have actually read Missoula. Beware the truth on which everyone agrees but nobody knows firsthand. I read Missoula, and I found it remarkably even-handed, although it got distastefully zealous in its condemnation of Kirsten Pabst at the end. You can read all about it in this week’s column for the Missoula Independent, wherein I gently remind the good people of western Montana to read a fucking book. Come for the literary smugness and stay for my review of Hop Along’s Painted Shut, which is delightful. The album, I mean, not the review. We’ll be back tomorrow with Friday links.