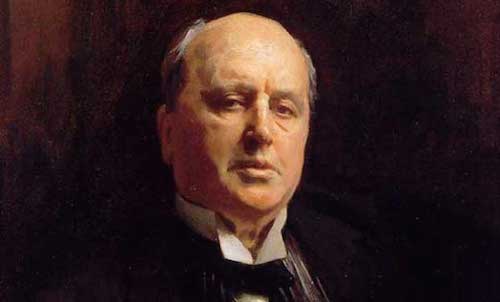 “Live all you can,” Henry James writes in The Ambassadors; “it’s a mistake not to.” He speaks through Lambert Strether, the 55 year-old POV character whose generous perceptions and sense of regret make him a stand-in for James himself. Strether experiences Paris as a reminder that he has not lived all he could. He urges young Bilham to cherish “the illusion of freedom,” to indulge the feeling of guiding his own life—not in any particular way but vigorously, fervently. “Live!” he cries, implying that he has not, and that we are in danger of making the same mistake. But of course we wind up living anyway.

These questions are difficult to answer, which is bummer because they feel important. When James says that it is a mistake not to live all you can, he implies that life is something you can do wrong. Elements of his biography, including the possibility that he lived as a closeted homosexual, suggest that James understood his own living as a series of missed opportunities. But who would read The Ambassadors or What Maisie Knew or even The Beast in the Jungle and say that James did not live all he could?

I would consider my life well-lived if I produced one work as good as those. “Be regular and orderly in your life, like a bourgeois,” Flaubert writes in his 1876 letter to Gertrude Tennant, “so that you may be violent and original in your work.” The work James produced in his ordered life laid the foundation for literary modernism, but he understood his regularity in terms of the possibilities he destroyed rather than the corpus he created. He was a giant in craft and sensibility, and yet regret consumed him.

The problem is that our lives lived will never match the sum of what we might have done. Every act is a negation of all other possible acts, so that to live all we can is to amass an infinitely greater number of lives that could have been. Your birthday is not Christmas, nor is it the Fourth of July or Halloween. To fall in love and marry someone is to shut out everyone you might have loved after, and to stay single and wait for those people is to refuse a satisfying fidelity. To live your life is to be denied everyone else’s.

“The dead know one thing,” Private Joker says in Full Metal Jacket: “it is better to be alive.” Maybe when Strether instructs Bilham and the rest of us to live all we can, he means it in the most literal way. To live all we can, to avoid the great mistake, is not to die. Any next moment is gravy. To wait in a garret of trepidation is to live infinitely more than the person who dies climbing Mount Everest, at least insofar as the moment of living compares to the moment of death. Live as long as you can; it’s a mistake not to.

But: Henry James died at 72, and it is no sure thing that I will live more than he did if I make 73. There is length of living, and there is density. There is vigor and atrophy; there are dimensions perpendicular to the measurable line. There is the sense that we might live all we can, if only we knew what that entailed. There is the fear of not living enough.

I submit that fear is good. It gets us out of bed in the morning, and it drives us to strange beds at night. It keeps us inside typing on sunny days, lest we forget some element of life. It haunts us with our mistakes, and it dares us to make another, and then another.